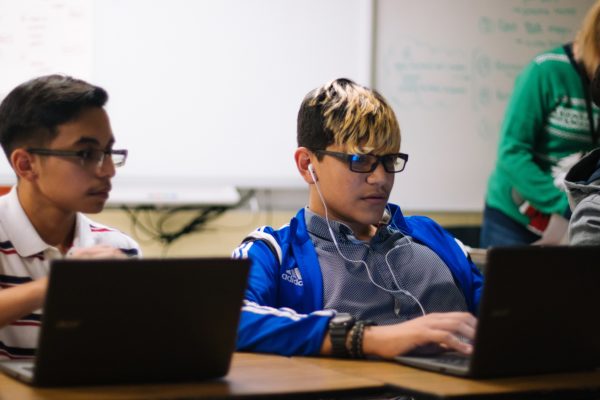 OCD symptoms are hard enough on fully developed adults — but what about teens who begin to exhibit signs and symptoms of obsessive-compulsive disorder (OCD) just as they’re growing into their individualism and sense of self? For younger children, they might speak up about feelings and impulses they may have that are out of the ordinary. However, for teens who are gaining their own sense of independence, they might want to handle things on their own.

If you suspect a teen in your life might be experiencing symptoms of OCD, start by doing your research. If you’re reading this, that’s a good start! Getting as much information as you can will help you be the most prepared when addressing the situation.

Because of this, OCD can be harder to identify and treat in teens. Though their behavior may feel off, they may also be feeling embarrassed or unsure of how to ask for help, or they may actively try to hide their symptoms. So how can you spot the signs of OCD in teens? And how can you help the teen in your life navigate emerging OCD symptoms? Let’s take a deeper dive into teens and OCD.

What are the signs of OCD in teens?

There are two parts of obsessive-compulsive disorder: obsessions and compulsions. Common obsessions in kids and teens are similar to many obsessions of OCD carried into adulthood. Many of which we’ve written about on this blog. These might include:

A worrying or intrusive thought might not mean much on its own, but when it occurs frequently enough to disrupt day-to-day life — or when it comes along with compulsions — it can be a sign of OCD. Compulsions, or rituals, are things that someone with OCD feels like they have to do to get rid of or address the unwanted obsession that’s come into their head. Common compulsions in adolescents with OCD may include:

How to start a conversation with teens about OCD

Teens often have a good idea of what’s considered “typical” behavior and what isn’t, so when they first begin exhibiting signs of OCD they may be afraid to say anything because they perceive it as something wrong with them. Because of this, they may be afraid to talk about things like elaborate showering routines, constantly checking their bedroom door lock, intrusive thoughts, or other signs associated with adolescent OCD.

It’s important to be open and reassure your child that they can talk to you about things like this. Be aware of the stigma around the condition when and if you bring up their symptoms directly. Teenagers already have overwhelming societal pressure to “fit in,” and common stigmas around mental illness can make it hard to admit they’re dealing with something more than a fleeting thought.

It’s important to remember that the home-life routines and expectations shouldn’t change, and expectations around honesty and open discussion should remain as well. Don’t make it an interrogation, but make sure they understand the importance of honesty in the discussion.

How does OCD affect teen development?

OCD in teens and adolescents can put some strain on home and school life, which can be challenging and stressful. That’s why it’s important to identify and address it so that OCD doesn’t run rampant and affect every area of your teen’s life. For example, teens with OCD might struggle with tasks such as making it to school on time, socializing, engaging in extracurricular activities, and managing necessary daily tasks due to their compulsions and rituals. Compulsions can take up quite a bit of time when they’re left uncontrolled, and the entire family might become part of accommodating the teen’s OCD symptoms. .

When family members accommodate the teen’s OCD such as by doing compulsions for them or taking preventative measures to avoid triggering OCD symptoms, teens and their families can stay stuck in the cycle of OCD and teen’s motivation for change might be lower. If family members suddenly stop accommodating, young people with OCD may become highly anxious, irritated, and depressed, and may resort to aggressive behaviors because they feel out of control, scared, and want family members to continue to accommodate their symptoms. Family involvement with OCD treatment is imperative for teens seeking relief from OCD symptoms.

How to treat OCD in teens

Like in adults, teen OCD is best treated with a form of cognitive behavioral therapy (CBT) called exposure and response prevention (ERP) therapy. ERP therapy has been proven to help those with OCD manage their obsessive thoughts for a life free from compulsive behaviors. This form of therapy works by exposing patients to potential triggers in a safe and controlled environment so that people with OCD can learn how to experience  obsessive thoughts without engaging in compulsions, avoidance, or receiving accommodations from family.

In order to treat OCD in teens, it’s important to find a therapist who specializes in ERP and understands teens and young adults. Finding the right fit may be challenging at first, but don’t give up. If your teen is hesitant to see someone for their OCD, it may be hard, but it’s important to remember that their health and well-being are more important than going along with the flow.

Thankfully, finding a therapist who specializes in ERP is easier than ever — especially with the rising availability with virtual therapy. NOCD has a nationwide network of ERP-certified therapists that can be seen via one-on-one video sessions or calls. You can schedule a call any time to chat with a member of the NOCD care team and get started finding a certified OCD therapist in your state.

Managing OCD in teens and young adults can be challenging, but it’s not impossible. Finding a support group for you or your teen can help you to get other perspectives and meet others dealing with similar issues. Take your time and continue having an open dialogue with the young person in your life that may be experiencing OCD symptoms. It isn’t always easy to face emerging OCD, but you’re in the right place to start the journey.

How OCD Can Affect Academic Success

How OCD Can Affect Academic Success