Why can’t I stop focusing on my breathing? 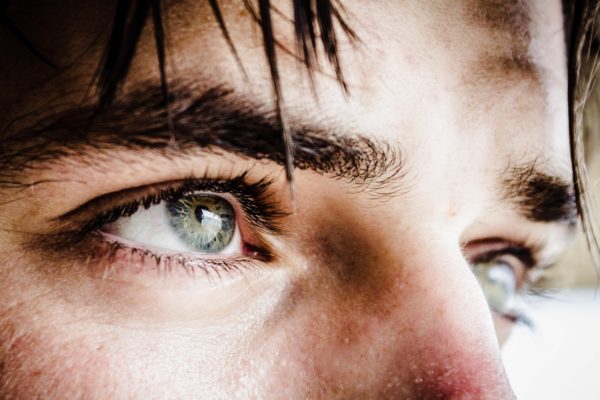 “Why am I breathing so much?”

“Can anyone else hear my breathing?”

“What if I’m not breathing enough?”

“What if I forget to breathe?”

Have you ever found yourself asking these questions?

From time to time, we have all become acutely aware of bodily sensations that are typically running in the “background.” While breathing normally happens autonomously, it can be very easy to tune into your breathing patterns and suddenly become fixated on each and every breath you take.

Hyperawareness of bodily functions, such as blinking or breathing, isn’t uncommon among the general population — and it’s especially common when someone is experiencing anxiety or panic. However, if the hyperawareness starts to feel intrusive and long-lasting, or if it leads you to enact certain behaviors to ease your discomfort, you may be experiencing a subtype of OCD referred to as somatic OCD.

Obsessive-compulsive disorder (OCD) is a commonly diagnosed mental health disorder. Its key feature is a cycle of intrusive, unwanted thoughts (obsessions) and urgent-feeling behaviors to try to stop the thoughts (compulsions) or prevent feared outcomes from occurring. For someone with OCD, the obsessions can center on or be triggered by a number of things. Typically, these obsessions are broken down into different OCD subtypes. A few of these subtypes include:

No matter the subtype, almost everyone with OCD will feel the need to complete compulsions to deal with the discomfort their obsessions create. Often, someone with OCD feels certain that something bad will happen if they don’t engage in their compulsions.

For example, someone with harm OCD might worry that they will hurt their spouse, even though they have no history of ever being violent. This thought can easily spiral into obsessions, leaving them feeling convinced that they will hurt their partner. To neutralize this, they will enact one of their compulsive behaviors, such as avoiding spending time with their spouse or removing all sharp objects from their home, to ensure they won’t act on any violent impulses.

What is somatic OCD?

To dive further into why you may feel like you can’t stop focusing on your breathing, let’s take a look at somatic OCD. Somatic OCD is a subtype of OCD with obsessions around a hyperawareness of bodily sensations. If you think you may have somatic OCD, you might find yourself unable to stop noticing or thinking about “normal” everyday functions like swallowing, blinking, breathing etc. Since these functions typically occur without thought, it can be extremely overwhelming and frustrating to have obsessive thoughts about them.

Think back to the questions at the beginning of this article: How many times have you caught yourself asking them or some variation of them? When you begin questioning the normalcy of your breathing or hyperfixating on it happening in general, it can feel impossible that you will ever stop noticing it. However, somatic OCD is a highly treatable disorder, and you can learn to manage your symptoms.

As mentioned above, somatic OCD is very responsive to treatment, and treatment options are widely available. The road to a life free of obsessions begins with a diagnosis and treatment plan from a well-trusted therapist. When seeking a therapist, it’s highly recommended to look for one that specializes in OCD and, better yet, has experience in exposure and response prevention (ERP) therapy.

ERP therapy is considered the gold standard of treatment for any subtype of OCD, including somatic OCD. If you begin ERP therapy, you can expect to work with your therapist to find out your specific triggers for your obsessive-compulsive cycle. From there, you and your therapist will work to expose you to these triggers to allow you to experience the obsessions about your breathing and face your fears in a safe and controlled environment. The goal of this is to help you develop better responses to your obsessions and feel less urgency to complete your compulsions.

When you’re ready to seek treatment, you can begin by scheduling a free call with the NOCD clinical team. NOCD has a nationwide network of therapists who all specialize in OCD treatment and have received ERP-specific training. The NOCD clinical team can match you with a therapist that’s right for you, and you can quickly begin treatment from the comfort of your home through teletherapy appointments.

Your Complete Guide to Somatic OCD

What Are Somatic OCD Exposures? Explanation and Examples

Your Complete Guide to Somatic OCD

What Are Somatic OCD Exposures? Explanation and Examples