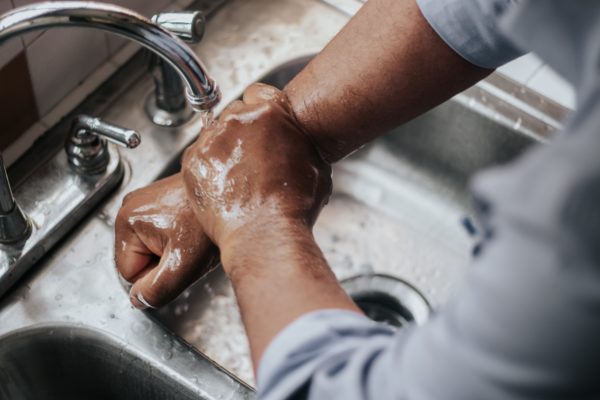 When you’re experiencing intense emotional distress, you can feel like you’d do anything for relief. In the moment, it doesn’t matter if what you do makes logical sense — as long as it brings you some kind of relief, it fits the bill.

A compulsion is a tool someone with obsessive-compulsive disorder (OCD) uses in an attempt to decrease uncomfortable emotions that accompany unwanted intrusive thoughts, doubts, images, or urges..It’s not so much that the compulsive actions are particularly compelling in and of themselves, but rather that they can offer temporary relief from obsessions..

When you have OCD, your brain develops a compulsion as a way to cope with emotions such as fear and anxiety. Something tells you that a certain action would help you feel better and even if you don’t understand why it works, you do it. Soon it becomes your first response to those intense, distressing thoughts and seems to be the only thing that helps alleviate discomfort or make the thoughts go away.  Despite the repeated compulsions and attempts to neutralize recurrent intrusive thoughts, the thoughts come back, time and again and you remain stuck in the cycle of OCD.

Compulsions are easily misunderstood. From the outside, they look like something that a person chooses to do or maybe even enjoys. From the inside, though, they definitely do not feel voluntary and often cause great deals of distress and impairment.

A compulsion is something that you feel like you have to do to escape intense distress or prevent a feared outcome from occurring. Some compulsion might be visible but many of these compulsions are internal; mental. It’s the release valve that lets out the tension of an intrusive or obsessive thought and provides you with a temporary sense of control and safety. You don’t choose to do it because you enjoy it; you default to it because otherwise, you feel as though there’s no way out.

The OCD brain harps on intrusive thoughts like a dog with a bone, refusing to let go: I just cleaned that counter, but I just know there’s still bacteria on it. I can practically see it. That raw chicken we cut up yesterday is still there. I know it’s there. Reasoning with yourself doesn’t work, so you listen to that impulse to do something compulsive. The relief is temporary, but it’s real, so the behavior becomes a habit you often turn to when you’re faced with what you see as a contaminated counter.

Because compulsions become second nature, it can be hard to know if you’re doing a compulsion or simply coping with your OCD. If you’re not sure, compare your suspected compulsion to this checklist, paraphrased from the National Institute of Mental Health:

If you experience compulsions, be compassionate with yourself. Feeling like you are not able to resist them isn’t a sign of weakness — it’s a normal response to a natural neurological response.

Compulsions are a kind of negative psychological reinforcement, not entirely different from the coffee habit you’ve developed. You feel tired; you drink coffee; you feel less tired. The next morning when you feel tired, you reach for the coffee, and you feel less tired again. You could choose to go to bed earlier and get more sleep so you’re better rested — or you could keep drinking coffee to pep yourself up.

The same mental process is responsible for the compulsion. You find yourself obsessing over an intrusive thought. You do something that relieves that thought, such as cleaning. You temporarily feel better. Your brain notices the reduction in anxiety from acting on that thought, and the next time you start obsessing over it, your mind tells you that the same compulsion will help. You do the compulsion; you feel better. This is the most difficult thing about a compulsion — it reinforces itself. To break the cycle, you need to convince your brain that there are other options and commit to resisting compulsions.

Getting treatment for your compulsions

Compulsions are powerful. They feed on your brain’s natural desire for certainty, calm, and the illusion of control. You can choose to end the cycle of OCD, but may need the help of a qualified professional and the right treatment in order to do so.

The gold standard for OCD treatment is exposure and response prevention (ERP) therapy. ERP helps to break the cycle of obsession and compulsion by teaching you to better tolerate upsetting situations.

In ERP therapy, you start gently, exposing yourself to situations that are mildly triggering. Once you master tolerating that situation without doing a compulsion, you start working on a situation that’s a step up in intensity. In time, you learn to face your most triggering situations, tolerating the distress so that you can choose responses other than compulsions and take your life back from OCD.

At NOCD, our ERP-trained therapists have helped numerous clients to break from the cycle of compulsion. If you’re ready to see what ERP can do for you, give us a call today.

How Do You Know If Your Intrusive Thoughts Are From OCD?

How Do You Know If Your Intrusive Thoughts Are From OCD?