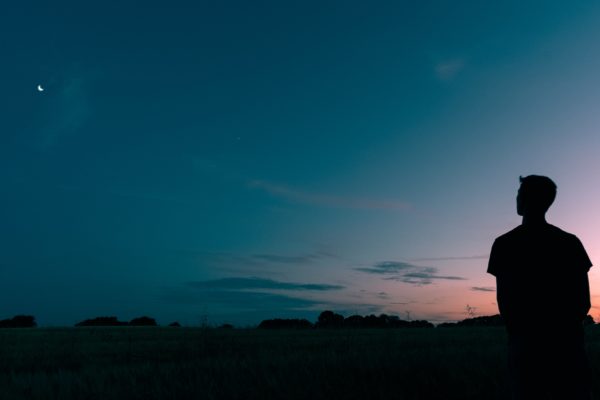 If you are highly distressed by intrusive thoughts about killing someone, you know how scary the experience can be. However, if you have experienced this kind of unwanted thoughts, you’re not alone, and it doesn’t necessarily mean you’re going to act on them. You may be dealing with a mental health challenge like obsessive-compulsive disorder (OCD), which is extremely common and highly treatable.

When homicidal thoughts link back to OCD

Homicidal thoughts are a common symptom in harm OCD, a subset of obsessive-compulsive disorder. Harm OCD, is statistically the most commonly experienced type of OCD. It’s 66% more common than the contamination worries that you’ve probably seen portrayed in the media.

Harm OCD causes a person to fixate on thoughts of harming themselves or someone else. These thoughts can range from violent, sexual, relationship-based and religious, amongst other things. In truth, everyone has these kinds of passing thoughts from time to time.

With harm OCD, these thoughts don’t pass as they do for people without OCD. You become extremely distressed and threatened by the fact that you have these thoughts. You may ask yourself repeatedly if you could act on your thoughts, maybe starting to worry about whether you’re a violent person at the core. Soon, the distress becomes so intense that you believe your only choice is to dispel it with compulsive behaviors and mental acts.

You depend on certain rituals

One of the key signs of harm OCD is the need to perform certain self-imposed rituals to prevent something bad from happening. Examples include:

Many people with harm OCD try to make their homicidal thoughts go away by avoiding certain situations, including those that trigger thoughts of killing and those that would make it easier to act on violent urges.

For example, you might feel like you have to remove all the knives, scissors and other sharp objects from your house in case you might use them to kill your partner. You might not be able to go near heavy traffic or subway trains for fear of pushing someone in the path of a vehicle.

Reassurance-seeking is a common compulsion among people with OCD. It’s not enough just to tell yourself, I won’t kill my wife; I love her. You have to get confirmation over and over again that you won’t act on your thoughts of killing. That confirmation might come from others, yourself or external sources like the internet.

When you have OCD, you seek reassurance in ways like these all the time, but it never seems to be enough.

What if it’s not OCD?

It’s worth noting that many people with Harm OCD experience doubt that their thoughts are the workings of OCD. Many will look for alternative diagnoses or reject the diagnosis outright as their belief is that they are only having these homicidal thoughts because there is something more sinister at work. Of course OCD isn’t the only explanation for someone who has these thoughts but this is why it’s important to be honest with your therapist about all your symptoms to help them assess properly why you may be having these thoughts.

However, your homicidal thoughts might stem from a different mental illness. Research has shown that thoughts of homicide are more common in people with certain diagnoses. OCD is one of them. Others include:

People with these or other mental illnesses usually have other symptoms besides homicidal thoughts. If you have other mental health concerns, it’s important to talk with a professional about a diagnosis and potential treatment.

If you suspect that OCD might be causing your homicidal thoughts, exposure and response prevention (ERP) therapy might help. ERP therapy is the gold standard for OCD treatment because it teaches you to tolerate your involuntary thoughts without feeling like you need to erase them using compulsions.

In ERP therapy, a trained therapist will lead you through a series of distress-inducing scenarios. You’ll start with the least scary situation, like being in the same room as a drawer with a knife in it, and learn to tolerate the fear without compulsive behaviors. In time, you’ll work your way up to more triggering encounters.

ERP therapy has helped many people with harm OCD to face and manage their homicidal thoughts. If you’re ready to take control, schedule a call with one of NOCD’s licensed and experienced therapists.

Can I Have Two Different Kinds of OCD?

The Truth About CBT for Obsessive Compulsive Disorder

Can I Have Two Different Kinds of OCD?

The Truth About CBT for Obsessive Compulsive Disorder