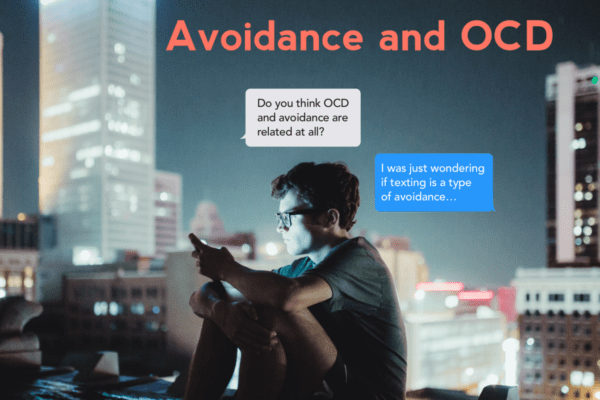 It was another cold night in Chicago- a bit like saying it was another sandy day at the beach- but it was also St. Patrick’s Day, and I felt a bit like I’d failed when evening arrived and I still hadn’t done much all day. Trying to ignore that particular anxiety and make way for other ones (maybe some joy too), I was on my way to a karaoke place with a friend and a few people I’d never met. We squeezed onto a Red Line train, trading stories of all the drunken absurdities we’d witnessed around the city that day, and headed south toward Chinatown.

At some point, everyone started asking each other what their go-to karaoke song was. I hoped the discussion would fizzle out before it reached me. I didn’t have a song in mind, because I had always refused to do karaoke. Still, I tried hard to think of a song, and nothing came to mind besides a few of Beyoncé’s power anthems, which I obviously couldn’t sing. I would just say I didn’t have a song, and probably wouldn’t be singing anything. And then I would fend off the inevitable protests until everyone became worried about pushing too hard on someone they’d just met.

When someone avoids a person, place, or thing out of anxiety, it usually means they don’t feel comfortable with not knowing what might happen. They might have a strong feeling about what will happen, and it might be based on past experience. To them, this might even feel like certainty: I’ve done that before, I know what’s going to happen. If anxiety reflects a lack of trust in the world, avoidance additionally alerts us to a lack of self-trust. People who pull out of a situation due to anxiety are operating on this core belief:  I don’t have what it takes to tolerate this right now. Avoidance functions based on anticipation: I will not be able to handle whatever ends up happening.

It can be difficult to think of avoidance as a compulsive behavior because it doesn’t seem like a behavior at all. With many compulsions you can identify a specific action: he’s washing his hands so many times, she’s checking the stove again, they won’t stop apologizing. But avoidance is more like a refusal to act: I stayed home from the party, I didn’t try out for the choir, I never ended up speaking my mind during our meeting. And I always refused to do karaoke.

Avoidance is less noticeable, and so can be easier to hide, than anything besides mental compulsions. It can also blend seamlessly in with the way tons of people behave anyways: Nah, I’m kind of tired, I think I’ll stay in and watch something on Netflix. Further complicating things is the overlap between avoidance and self-care. If you refuse to speak again with someone who has been unkind, are you avoiding it or taking care of yourself? If you’ve had a long week and you feel reluctant about spending Friday night with a struggling friend, would you be avoiding it or taking care of yourself?

Clinician responses to these questions tend to rely either on the case-by-case (you’ll know avoidance when you see it) or on the idea that your values should determine when you’re avoiding things and when you are simply making necessary choices about what to allow into your life. And this last part makes some sense: nobody can do everything, or let everything in. You have to cut things off somewhere, but how do you know where?

Everyone avoids things. But this is sort of like saying everyone washes their hands, or everyone apologizes. The key issue isn’t the existence of a certain behavior, but the frequency with which it’s performed. This frequency usually points to a perceived inability to act in any other way on a consistent basis. In other words, people who avoid things frequently tend to believe this is the only way they can behave: it’s just the way things have to be, unfortunately.

The precise origin of human behavior (or emotion) is often much murkier than research papers might have us believe. Was I avoiding karaoke because I had tried it before and been booed off the microphone, coping for days afterward with the pain of embarrassment? Not that I can remember, but maybe avoidance isn’t so specific. Perhaps I had felt ashamed in a social situation and didn’t want to risk it again.

As the neuroscientist and New York University professor Joseph LeDoux tells it in a 2013 opinion piece for the New York Times:

Cues associated with a trauma or other stress may start out with a narrow focus— the place where something bad happened— but may widen to include similar places, things or situations.  People with anxiety become very good at avoiding these cues as a way to control anxiety. Avoidance can be so effective that it prevents one from recovering from trauma or otherwise dealing with anxiety.

Interestingly, LeDoux’s op-ed is called “For the Anxious, Avoidance Can Have an Upside.” What’s the upside? LeDoux suggests that, while generally unhelpful, not all avoidance behaviors are created equal. He writes at length about a 2001 study in which rats were subjected to a mild shock after hearing a noise. Although we’ll skip over some of the details here, most rats would respond to that sound every subsequent time they heard it by freezing up completely– an attempt to avoid the shock. But a few rats learned to perform specific actions, like running all the way across their box, that the researchers rewarded by not shocking them.

For social anxiety, according to one of LeDoux’s colleagues, the human version would be to partially avoid things when needed, as long as that partial avoidance is in the service of not avoiding something larger or more important. It’s better to step out of a meeting a few times to take a breath outside, or to focus on your breathing during that meeting, than to skip the meeting entirely. It’s better to let yourself look at your phone a few times during a family gathering than to pretend you’re sick and miss the whole thing.

What LeDoux suggests isn’t the purest form of confronting your anxiety, and it might not work as well for some conditions. But it’s realistic, and it makes more sense than trying to suddenly change everything about your behavior. Plus, learning to constantly adapt your behavior is more important than any specific technique.

Since we’ve talked a bit about compulsions, let’s take a closer look at avoidance in OCD, which can operate differently from other anxiety disorders. In fact, with the 2013 arrival of the DSM-5, OCD is no longer even considered an anxiety disorder. Of course, we know that both OCD and anxiety disorders involve heightened levels of anxiety and stress, specific sets of symptoms, and dysfunction across multiple facets of someone’s life. But, diagnostic pickiness aside, it’s useful to think about the ways in which OCD and something like social anxiety aren’t similar.

Whereas generalized anxiety disorder (GAD) and social anxiety tend to be more diffuse– meaning they tend to involve a more constant level of anxiety in response to a wide variety of stimuli– OCD tends to be highly targeted. People with OCD might also have a higher baseline level of anxiety throughout their lives, but a defining trait of the condition is that particular scenarios cause huge spikes in anxiety.

Because it involves such specific responses to particular situations, OCD often requires more targeted interventions. And unless you work on decreasing those responses, the anxiety fueling them tends to get worse. Since avoidance usually has the same goal as compulsive behaviors, and it’s performed in anticipation of specific scenarios, it basically isa compulsion. This makes things slightly more complicated for people with OCD, because the goal of treatment is to stop performing compulsions when obsessions and the accompanying anxiety arrive.

There’s no straightforward answer, but of course the best option is to try not to avoid things if avoidance has become a compulsive response to anxiety. If you’re working through Exposure and Response Prevention (ERP), treat avoidance like any other compulsion– except for the fact that it’s arising due to your expectations about the future, not your beliefs about the present. So an exposure might involve going to whatever you’re tempted to compulsively avoid. But the distinction about avoidance being an anticipatory act, rather than a reaction, is important because it often makes avoidance trickier to spot. You’re not in the situation yet, so it’s a bit harder to have the self-awareness to tell yourself “Here I am in this same spot again, behaving the same way.”

Even for people with OCD, some aspects of LeDoux’s advice can be helpful in tight spots. Progress earned through ERP work, known as the gold standard for OCD, is notoriously quick to slip. That doesn’t mean exposure and related techniques are unimportant. But they’re often not enough, and they need to be paired with other strategies because “recovery” from anxiety disorders and OCD is a constant process, not a destination. Understanding avoidance is key to understanding OCD, but despite the fact that avoidance has the same goal as most compulsions, it may require a more nuanced and flexible treatment strategy.

Whether you’re dealing with social anxiety, OCD, or something else, it makes sense not to avoid things that are in line with your values. So if you value social connection, don’t turn down an invitation to stay home. If that’s too overwhelming, you may need to allow yourself to slowly work your way toward the things you value by performing less significant avoidance behaviors while you’re out doing things. Mental health isn’t all-or-nothing, and small victories are better than spending your life feeling defeated.

I sang a bit of karaoke that night, by the way, but Frank Ocean probably would’ve winced if he heard my version.

By the way, if you know someone who is struggling with OCD, have them schedule a free call with the NOCD clinical team to learn more about how a licensed therapist can help. ERP is most effective when the therapist conducting the treatment has experience with OCD and training in ERP. At NOCD, all therapists specialize in OCD and receive ERP-specific training.