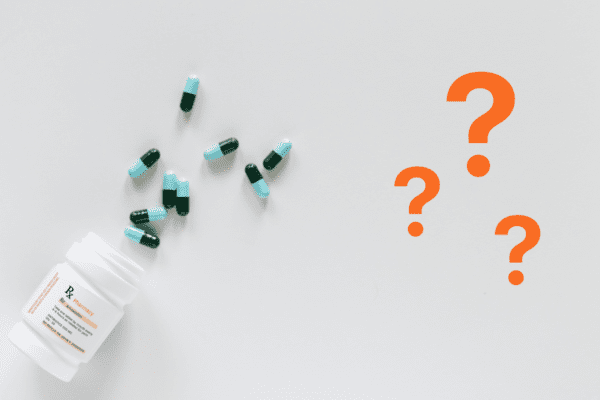 Imagine you’re experiencing OCD symptoms for the first time. You know something is wrong because you’re feeling much more anxious than usual and you have thoughts that won’t go away. Maybe you’re having trouble sleeping, or your mind is constantly overwhelmed by thoughts that seem to run in a never-ending loop. You’re not really sure if you should risk telling your doctor that you lie awake at night repeating mantras and mentally reviewing whether or not you actually locked the front door of your apartment. Should you share with them the intensely disturbing thoughts you keep having about hurting your toddler son?

You’re pretty sure you’d never actually hurt your son. But what if your doctor doesn’t understand? What if he thinks you’re completely crazy? Or, worse, what if he thinks you might be a danger to your son and takes action? It’s too risky, so you decide to wait and see if it’s all temporary. But your anxiety only increases, and begins to affect your everyday activities. Your compulsions make it harder to be around family and friends. They make it almost impossible to get anything done at work, and you start faking sick more often because leaving your home means more risk. These thoughts won’t go away– it seems like they’re taking over your life now.

Recognizing these destructive patterns, you know it’s time to see a mental health provider. But you’ve never gone to therapy and you wouldn’t know how to find a decent therapist. On top of that, your insurance requires that you get a referral from a primary care physician first. It takes a lot of courage, but eventually you feel you’ve reached your limit. You’re suffering enough each day– every minute, it seems– that you decide to pick up the phone and dial your doctor’s office to set up an appointment later in the week.

Arriving at the doctor’s office, you feel almost unbearably nervous. A nurse comes in to check your vitals, which feels a little strange since your symptoms aren’t primarily physical. Then the doctor comes in, surprised to see you back so soon after your recent appointment. You tell him everything you’ve written down, and having bullet points to go through allows you to get through the worst part.

The doctor begins to ask you a whole bunch of questions, and you feel pretty vulnerable talking about your scariest thoughts, which you’ve never discussed with anyone. Out of fear and self-consciousness, you speak as generally as possible, disclosing your intense anxiety but hiding most of your obsessive thoughts. Or maybe you do decide to share some of your most upsetting intrusive thoughts and talk about the compulsions that follow.

Although your doctor listens carefully, and you know they’re well-trained in general medicine, they don’t seem to know a lot about obsessive compulsive disorder (OCD). Instead, they seem these symptoms as typical of general anxiety disorder (GAD) or depression, so he prescribes you an antidepressant or refers you to a therapist who works with these conditions, rather than an expert in evidence-based exposure-response prevention (ERP).

Most primary care physicians are great at what they do. But they’re trained in primary care. Accurate diagnosis and effective treatment of OCD require a mental health professional who’s well-versed in ERP and cognitive-behavioral therapy (CBT). Because of this gap in understanding, the average person with OCD will see three to four doctors and spend around 9 years looking for treatment before receiving a correct diagnosis. As Dr. Jill Fenske, M.D. explains in Physician’s Weekly, OCD is so often underdiagnosed and undertreated not only because people with OCD are often secretive about their symptoms, but also because “a lack of recognition of OCD symptoms by physicians often leads to a long delay in diagnosis and treatment.”

Sometimes this is because the kinds of repetitive thoughts people with OCD experience can come across to the OCD-inexperienced as normal, healthy patterns of identity and value formation. One recent study crafted vignettes about different OCD subtypes, including aggression, contamination, homosexuality, pedophilia, somatic concerns, and symmetry. They presented these vignettes to doctors, surveying their ability to diagnose fictitious patients with OCD. The study found that about 50% of doctors presented with vignettes of rumination patterns typical of people with OCD did not recognize these symptoms as indicative of OCD.

The most commonly misdiagnosed vignettes described obsessions around sexuality: 85% of doctors randomly presented with vignettes on sexual orientation OCD did not associate the ruminations with OCD. The process of coming to terms with one’s sexuality (no matter which part of the spectrum a person identifies with) should certainly be met with understanding and encouragement from doctors and mental health practitioners alike. But extreme and prolonged intrusive thoughts and/or rumination about sexuality– like persistent, constant doubts or constant mental checking– are usually not indicative of true identity formation. These can generally be identified pretty quickly by an OCD specialist as a symptom of the disorder. Like sexuality itself, thoughts about sexual orientation lie on a spectrum. At one extreme is OCD.

Some primary care physicians do diagnose OCD correctly. But in general, when people with OCD are able to get evaluated by a specialist experienced in OCD treatment, they’re much more likely to receive an accurate diagnosis and empirically supported treatment– usually a combination of medications and ERP therapy.

We recognize these difficulties, and we’re certainly not discouraging regular consultation with a primary care doctor as part of your OCD treatment and your efforts to be healthy in general. So, one of the ways we’re helping people get access to proper diagnosis is by making psychiatric evaluations with OCD therapists more readily available to people within the NOCD community.

If you or someone you know is struggling with OCD, schedule a free call today with the NOCD clinical team to learn more about how a licensed therapist can help. ERP is most effective when the therapist conducting the treatment has experience with OCD and training in ERP. At NOCD, all therapists specialize in OCD and receive ERP-specific training.

How Can I Tell My Friends About My OCD

How to Navigate Intimate Relationships and OCD

How Can I Tell My Friends About My OCD

How to Navigate Intimate Relationships and OCD