How to Tell if Your Therapist is Making Your OCD Worse 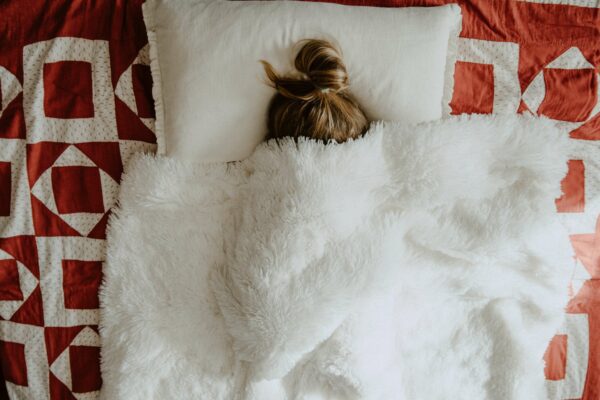 Imagine that you were dealing with chronic stomach aches that were so persistent, you decided to make a doctor’s appointment. Your hope was to alleviate the pain and figure out the root cause. But what if instead of helping, the medical care you received actually increased your pain? Would you keep going to appointment after appointment, see physician after physician, if you just kept feeling worse after? Getting care that’s not helpful can make a person feel resigned to struggle on their own.

Now, imagine that the distress wasn’t in your stomach but was in your mind – a tidal wave of anxiety repeatedly slamming into you from the time you woke up until the time you went to bed. You’ve worked with a mental health professional, but your anxiety has only intensified after each appointment. Would you take the risk to keep seeking care?

This is the dilemma many people with OCD face. OCD usually manifests in the form of sticky, irrational fears that create tremendous and constant distress. When the anxiety becomes overwhelming, people usually seek help from a therapist – often one who is covered by their insurance, which typically means a general therapist. However, most general therapists don’t recognize OCD symptoms, due to widespread misunderstanding and stigma. The result is that these providers give people treatment that’s not just ineffective, but that is actually harmful for OCD – amplifying the mental distress because it’s never treating the root cause.

As a result, many people with OCD spend hundreds of hours and thousands of dollars each year on general therapy that causes them to get worse, making them feel apprehensive about seeking any additional help in the future. They may start to think that they are unable to be helped at all, and feel hopeless about ever getting better. Sadly, many people with OCD who are able to find the courage to try a different provider can wind up in the same spot – working with another clinician who is unsure how to treat them and that just makes their symptoms worse.

After being repeatedly burned, it’s no wonder people with OCD are hesitant to start treatment. My team and I at NOCD are dedicated to ending this problem, by ensuring that people with OCD can understand not only what good evidence-based treatment looks like as quickly as possible, but also how to avoid potentially harmful treatment that’s not working.

Here are two signs to watch out for that can indicate that your therapist may be making your OCD symptoms worse:

Symptoms of anxiety and depression commonly co-occur with OCD, and they’re frequently caused by OCD going untreated. According to Dr. Patrick B. McGrath, NOCD’s Chief Clinical Officer, “While it’s technically correct to say that someone suffering with OCD may also have anxiety, the root cause of the suffering is often obsessions that may include themes of guilt, shame, disgust, or other uncomfortable feelings. If you don’t address these concerns it’s tough to make progress clinically.”

Further, many people with anxiety are given talk therapy, which is proven to make OCD worse. People doing talk therapy for OCD are taught by their therapist to push their thoughts out of their head, which is a compulsive action that makes the thoughts stronger over time.

Therefore, misdiagnosing someone with OCD for “just anxiety” and treating them with generic talk therapy is analogous to picking a weed in a garden while simultaneously watering the root, as opposed to just picking the root. It doesn’t make sense.

That’s why it’s crucial to identify OCD symptoms as soon as possible in the treatment journey. Please do your homework and know what you’re looking for in a prospective therapist to avoid a route of incorrect, or even harmful, treatment. If you’re currently seeing a therapist who you suspect might be treating you incorrectly, I’d strongly encourage you to ask questions as soon as possible.

Sign #2: Your therapist reassures you constantly, saying that your OCD fears aren’t true, and/or instructs you to find the true meaning behind your fears.

A major difference between general Cognitive Behavioral Therapy (CBT) and Exposure and Response Prevention (ERP) therapy is that general CBT teaches you to challenge your thoughts, whereas ERP teaches you to accept them. The latter is effective for OCD, while the former is not. In one of your first meetings, your therapist should identify having training in ERP and should specify that giving reassurance will be avoided in your sessions. Reassurance is one of the most common safety-seeking behaviors for people with OCD.

Yet, therapists who don’t know how to treat OCD will consistently reassure you. That doesn’t make them bad people, as we’re taught as humans to reassure others when they’re feeling scared – but it certainly makes them unqualified to be your therapist if you have OCD. He or she may be likeable and might develop great rapport with you, but any therapist is paid to ultimately do a job: to help you get better and empower you with the tools needed to maintain your progress long-term.

Knowing these two signs should help you find proper care if you or a loved one is struggling with OCD. Getting effective treatment for OCD shouldn’t be trial and error; it should be the expectation.

As a society we aren’t quite there yet, but we have made great strides over the past five years. I believe that one day, people with OCD will be identified and treated within minutes of recognizing their initial symptoms.

Eventually, there will be a healthcare system where every doctor screens for OCD, no matter their specialty, and people get started in evidence-based treatment within mere days after their first OCD symptoms appear. Health insurance networks will be measured by how well they identify and treat people with OCD, creating a process where you won’t need to worry about your therapist’s ability to recognize OCD symptoms.

In the meantime, if you or a loved one needs help from a licensed therapist who has training in Exposure and Response Prevention (ERP), feel free to book a free 15-min call with our team. We will help you get started with the process. You can even check out the NOCD Therapist Network to explore the bios and experience of our therapists in the directory.