How Long Has OCD Been Around? 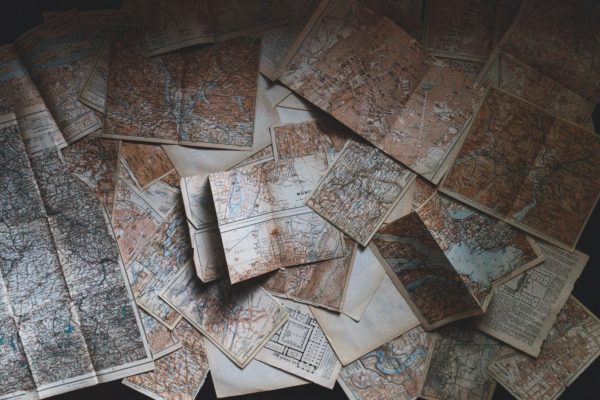 The term obsessive-compulsive disorder, or OCD, has a long history and has been understood, treated and interpreted in a wide variety of ways before arriving at the definition we use today. We now have extensive research and information available on OCD, what it is, the different subtypes and how to treat it. Although it is likely that forms of obsession and compulsion have been around since people have been around, it has taken us many centuries of research and trial and error to arrive at the knowledge on OCD we have today.

We can trace historical records of symptoms that overlap with OCD back to the 14th and 16th centuries. At the time, what we now call OCD was often discussed in a religious context. The term “scrupulosity” was first used by the Roman Catholic church to describe being overly concerned about one’s religious sins and performing compulsive acts for the purpose of atonement. The usage of this term to describe this type of behavior implies that this phenomena was at least common enough to necessitate a term to describe it.

Scrupulosity was described in detail by various historical and religious figures in writing. In the 17th century Richard Baxter, a British clergyman, was considered a source for help for those experiencing scrupulosity, or melancholy, which was another term to describe obsession at the time. Baxter wrote in detail about this condition: “Some melancholy, conscientious persons are still accusing themselves, through mere scrupulosity; questioning almost all they eat, or drink, or wear, or do, whether it be not too much or too pleasing. But it is a cheerful sobriety which God requireth, which neither pampereth the body, nor yet disableth or hindereth it from its duty ; and not an unprofitable, wrangling scrupulosity.”

Another notable figure to discuss scrupulosity was philosopher and physician John Locke, who in the late 1600s wrote in a letter: “I cannot imagine that God, who has compassion upon our weakness and knows how we are made, would put poor men, nay, the best of men, those that seek him with sincerity and truth, under almost an absolute necessity of sinning perpetually against him, which will almost inevitably follow if there be no latitude at all allowed as in the occurrences of our lives.”

It is likely that obsession and compulsion were first described in a religious context during the 14th to 17th centuries because religion played a huge part of everyday life. People were used to sharing their physical and mental ailments with their local religious figures. Today, religious or scrupulosity OCD is considered just one subtype of OCD as a whole, where a person experiences intrusive, unwanted thoughts, images or urges about violating their religious, moral or ethical beliefs. In the following centuries, symptoms of OCD would come to be recognized and researched in a medical context as well, eventually leading to our contemporary understanding of OCD.

In the 1700s, physicians wanted to help those living with OCD, but there was not yet enough scientific understanding of the condition to devise an effective treatment. One common practice was called “bloodletting” where doctors drew blood from a patient in an attempt to rebalance their bodily “humors” — today, we know that medicine does not rely on the so-called humors, and that bloodletting does NOT treat OCD, but at the time it was used for many things.

During the 1700s and 1800s, physicians began to describe a few symptoms that we can recognize today, such as compulsive washing or checking, obsessive fear of syphilis and aggressive and sexual obsessions. At this point, scrupulosity began to be considered a medical ailment rather than a strictly religious one. As mental institutions became more common, more people diagnosed with scrupulosity came to be diagnosed and institutionalized in asylums. By the end of the 19th century, however, the diagnosis was no longer considered a form of insanity.

Eventually, physicians took a more specialized approach in classifying mental illness, and diagnosed specific symptoms separately. Some of these resemble what we now consider OCD subtypes. For example, physicians came up with names for arithmomania (compulsive counting), mysophobia (obsessive fear of contamination) and agoraphobia. Physicians also tried prescribing various medications to their patients who were experiencing these conditions.

Our modern-day understanding of OCD began to solidify in the early 20th century, most notably through the pioneering research of psychiatrists Sigmund Freud and Pierre Janet. Freud came up with the term “Zwangsneurose” to describe what he observed in patients dealing with obsession. The term was later translated in London as “compulsion,” and then in New York as “obsession.” Eventually, the diagnosis came to be called “obsessive-compulsive,” which was a compromise between the two translations.
By the 1970s, behavioral psychology became a more popular form of treating anxiety disorders over Freudian analysis. Rather than talk therapy, behavioral psychologists eventually came to believe that the best way to treat conditions like OCD was through a process of controlled desensitisation to the source of distress. This paved the foundation for exposure and response prevention (ERP) therapy, which is now considered the gold standard for OCD treatment, and has been proven to be 90% effective.