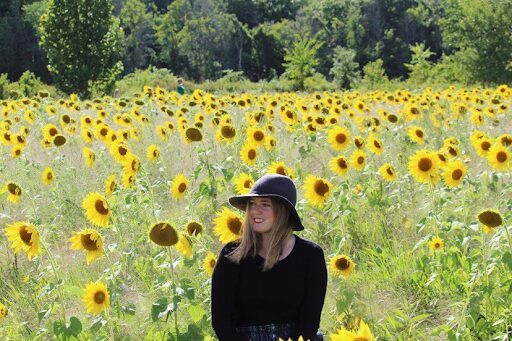 Reclaiming Life, One Exposure at a Time

I’ve been an outdoor enthusiast for as long as I can remember and a wildlife photographer for about 4 years now. I spend a lot of time hiking, camping, or swimming with my go pro in some of our local rivers. I spent the last couple of years studying to be a child and youth worker in preparation to be a foster parent one day. Though I spent a lot of time with my nose in a textbook, my preferred genre is poetry. I found comfort and a feeling of being understood when reading the metaphors and complex emotions that can be found in those books.

Before I began to have symptoms of what I would later learn was Obsessive Compulsive Disorder (OCD), life was what I would wish any child to experience. I was carefree, happy, fearless, and connected to family. I spent the first 10 years of my life in a small town just northwest of Ottawa, ON before relocating to the city with my mom and brother. I come from a family of 5. I spent a lot of time with my two older brothers when we would visit our dad. We were inseparable. We spent our time watching cartoons and running around outside, playing. We would stay out until the street lights came on, sometimes even later. I was imaginative and interested in learning about animals and plants I encountered. I spent almost all of my time outdoors. I was ambitious, I was hopeful.

Up until about age 8 years old, I was free mostly of fear. I did have the occasional, typical childhood fears, but nothing I thought was unusual. Seeing large dogs or strangers would frighten me a little but I would quickly recover and go about my life.

The OCD that I experienced was trauma-induced. This means that there were specific events that occurred in my life that ultimately played a role in the development of this disorder. I feel like my mind “snapped”. I say “snapped” because that is what it felt like to me. I recall a literal sensation of my mind becoming so overwhelmed and a feeling that something broke.

After this experience there were many terrifying thoughts and images that would pop into my mind. I pictured my family dying. I thought about all of the bad things that could happen to me. I couldn’t do anything. I felt frozen in the moment.

I had to repeat sentences until they sounded just right to protect my mom from getting hit by a car. I worried that God would somehow punish me if I didn’t do things a certain way. My symptoms continued to get worse. Having grown up in a Christian household, many of my themes surrounded religion, family and things being just right. I performed compulsions to prevent harm from coming to my family. I would do things in sets of 4. This was so tiring. I would repeat well crafted sentences in my head. It was a constant battle.

Every Sunday as I walked to church I was triggered. I would need to mask the rituals and thoughts. I was ashamed. I tried so hard to cope. Thoughts of harm flooded my brain. I can distinctly remember an afternoon when my behaviors were particularly bothering me. I asked my mom what it meant to have thoughts about fires and needing to check the oven constantly. I asked her if it was normal to worry relentlessly about the family. I wanted to feel okay, I wanted reassurance that I would be okay and that this was something everyone went through. I will never forget when my mom turned to me and said that it’s called “OCD, but you don’t have it, don’t worry”. Rather than feeling relief, I was flooded with a feeling of devastation. I stood there and took it all in. I had wanted answers. I needed answers. Why didn’t other kids I went to school with think about the things that I did? Why didn’t they behave like me?

My teen years brought about more awareness to the world and my surroundings. I developed extreme contamination fears. My days were consumed with rituals related to this. I had little to no energy. I began avoiding articles and any shows that depicted cancer. Even the word cancer was avoided at all costs. I referred to it only as the “C” word, unable to fully say it out loud. High traffic areas were avoided due to fears of getting sick or dying. The irony is that all of these fears actually kept me from living, I was merely surviving.

When I was 16 years old I reached a point where I needed answers. At one of my appointments with my family doctor I finally spoke up and explained that I was having thoughts and urges that were distressing. She confirmed I had OCD but did not offer support or treatment options. Again, I felt let down. I had opened up to a trusted adult in my life and nothing was done. I decided to talk with my mom again. Just like the first time I had spoken to her about this, it was shrugged off.

I had heard about Exposure and Response Prevention (ERP), but I knew it was very expensive. I was only a teenager, I hadn’t even started my first job. ERP would not be a viable option. I continued to live in survival mode. My intrusive thoughts continued to rage and I downplayed how sick I was.

At 23 years old I reached out to a new doctor. I was surprised when she not only confirmed the diagnosis of OCD but also referred me to a mental health treatment center to see a psychiatrist. I would go on to be diagnosed with comorbid disorders that were brought on by the OCD. I was diagnosed with Trichotillomania, depression, and subthreshold Post-Traumatic Stress Disorder (PTSD). My mental illness really had traumatized me.

The psychiatrist quickly partnered with my doctor to explore options for creating a treatment plan. I started taking medication. When I first began the trial and error process of taking different antidepressants, it was scary. I needed to see what would be a good match for me. The first week I almost discontinued the medication because I felt such a decrease in the intrusive thoughts. It was as if I was so attuned to hearing the “noise” in my thoughts that I didn’t know how to handle not having it. The journey with medication adjustments was ongoing and it was not always as good as that first initial week. I had some depression and sleep issues as well that needed to be addressed.

A year later I discovered a publicly funded psychotherapy program where I could get treatment without a huge waitlist or expensive fees. Going into ERP I wasn’t expecting any outstanding results considering I had suffered with this disorder for so many years without proper intervention. I was fortunate to have eventually found a team of professionals who were able to work with me and support me.

The process of treatment was not easy. It took time and patience. I had to open up about things that I could barely even speak of in the past. I started slowly, I would write words on paper or just nod my head in response to questions the therapist asked me. I began to trust my providers and bit by bit began to open up. I would indirectly reference things and give hints to what was bothering me. My first exposure was to say the words that I had avoided for so long out loud. I began to say the themes I was experiencing out loud. We created a hierarchy, this is where I listed my fears and then worked alongside my therapist to develop exposures. We then came up with a plan of how I would respond to the exposures and not engage in my compulsions.

During one of our sessions the therapist invited my fiance, who I live with. He has a front row seat to the OCD that I struggle with. When I get stuck in a cycle or  when I am trying to resist ritualizing, he is there. He learned about disengaging, how to cheer me on but not push when I was doing an exposure. He was able to develop a deeper understanding of my mental health. Sharing this part of me with him was very validating. Just knowing I’d be supported long after I left treatment, gave me even more hope of getting better. It assured me I wasn’t beyond help. I now knew that people other than professionals were capable of understanding and wanting to be active in my recovery.  I no longer felt all alone.

This year, I’m really looking forward to starting to plan for my fiance and I’s wedding that we are planning on having in 2024 as well as the OCD walk that is coming to Ottawa. I’ve always wanted to participate but they are usually held in the US so I’m very excited for this October.