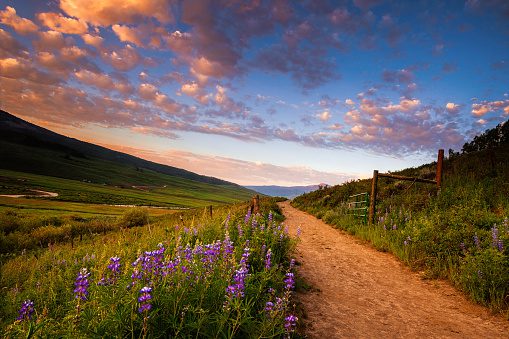 Living, No, Thriving with Uncertainty

Since high school, I think I have had undiagnosed Obsessive Compulsive Disorder (OCD). I have experienced tendencies to check things and have always been very particular about the placement of things. I had really high and unrealistic expectations of how events or things I was planning should go. The fear of something bad happening had been a constant. Growing up I never heard about OCD other than when people made comments about “being so OCD”. Looking back I truly wish I would have known about it and I could have started therapy sooner. People around me just chalked up my behaviors to my personality. I think that happens a lot, even in today’s society. People tend to think of OCD in a certain way not realizing there are so many forms. They have preconceived notions about the illness that are often stigmatized and stereotypical.

In 2020, when I had my second son is when things seemed to come to a head. The pandemic was in full swing and just before I gave birth to my son I had a lot of fear. I was questioning and ruminating over the worst possible case scenarios. Having grown up as an only child myself, I stressed over whether I could love another child the same. I questioned how I could split my time between two children.

I was still in the hospital after having him when I noticed that something wasn’t right. I felt off. I felt like I was not myself. I was scared. After filling out all the paperwork, my doctors diagnosed me with postpartum anxiety, postpartum depression, and postpartum psychosis.

When I went home I found myself unable to leave the house. Fear was enveloping me. After four months of trying to figure it out on my own, I finally started medication and traditional talk therapy. I began attending mom groups, and although I was making some progress, I still didn’t feel “right”. I didn’t want to get out of bed in the mornings. I had stopped eating due to it having become a trigger. Intrusive thoughts bombarded my mind and I feared I couldn’t be alone with my sweet, innocent newborn baby and his brother. I worried I would somehow suffocate him with blankets, my kids would drown in the bathtub or they would somehow fall down the stairs all by my hands. I worried 24/7 that if I was ever angry, exhausted, or frustrated enough that I would become this alter-ego that was capable of hurting them. It was like every horror film I’ve ever watched was coming to life in my head and I was the main character. It was horrifying, confusing, and made me question my character and who I really was/have been my whole life.

I was so afraid that I was capable of hurting others even after 34 years of never having those thoughts or visions. We don’t have any weapons in our house, but even the everyday tools and kitchen utensils triggered me with trauma.  I couldn’t make meals with knives or have them just sitting out to dry after being washed for fear that I would pick them up and use them to hurt someone I loved. I even avoided cleaning chemicals, laundry detergent, medicine, and anything I deemed poisonous in fear that it might hurt someone.

I had suicidal thoughts and visions and feared I could end my life because the feelings were so all-encompassing, even though I feared death my whole life and didn’t really want to die. I avoided news stories and movies that spoke to mental health struggles. It seemed like anything and everything had the potential to become a terrifying thought. It was like every horror or psychological thriller television show I watched came to life in my head.

I started to follow a NOCD therapist on Instagram. I learned so much about Exposure and Response Prevention (ERP). Nearly everything I read reminded me of myself and the struggles I had been silently facing.

I found the podcast, All the Hard Things by Jenna Overbaugh and loved it. Listening to it really helped me to feel not alone, not isolated, and most importantly, not a monster.  I began to doubt the accuracy of my postpartum psychosis diagnosis,  called NOCD, and was assigned to a therapist who specializes in OCD. Getting that accurate diagnosis and being educated on what OCD really is was life-changing for me. I felt as though a light bulb went off; finally, I knew what to do and how to get my life back.  All of the months of struggling finally made sense, it had a name. ERP taught me the skills necessary to overcome this anxiety and manage it on a daily basis.

One of the hardest parts throughout my journey has been learning to live in uncertainty, living with the unknown. I often wonder why I had to go through this experience. Treatment has helped me to understand that I don’t need to know the “whys”, it just is. But it can be manageable. Having lived my entire life with a type A personality, letting go of a need for control has been difficult. I learned that asking for help is a sign of strength. OCD is not going to define me. I wish more people could experience that freedom. I hope that more people will seek out help when they need it. People should never feel ashamed that they need help. This is a real illness.

Living without knowing what I was struggling with for so long left me feeling defeated. I wish I would’ve known sooner. I wish I had been able to look past the stigma surrounding mental illness. Mental health is just as important as physical health. If you’re not feeling like yourself don’t be afraid to push for answers. If something doesn’t feel normal to you, ask- get the help you deserve. You may have to ask more than once.

Unfortunately, there may always be people who don’t understand your illness or your journey. That’s okay, it’s not theirs to understand. You may feel like people label you crazy or feel different from the general population. Please know that there are many who share your heartache and your struggles. You are not alone. We need to normalize what OCD really is and get the word out. That is why I feel it is so important to share our journeys. We only have one life to live, don’t live in fear of the stigma associated with this.