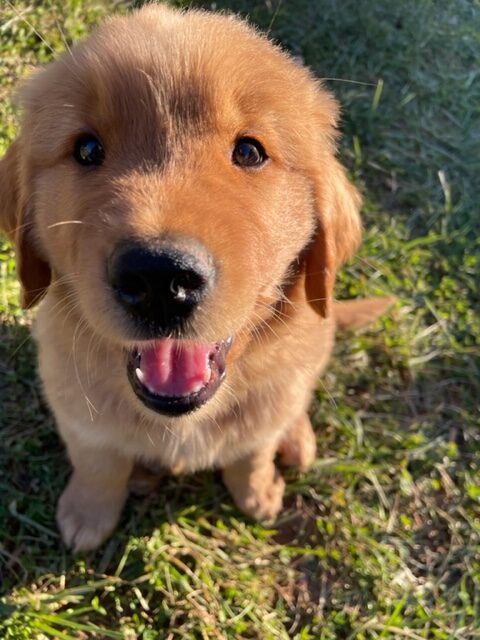 Growing up on the East Coast, I was raised by two loving parents and I have a younger sibling. My childhood was filled with memories of happiness. I felt cared for. I probably lived a more sheltered life compared to most. My parents protected me from the world around me. I was blissfully unaware of the dangers of the outside world until I wasn’t.

It is hard to imagine a life before OCD. I think I had signs of it even as a child. I am pretty sure that my late grandfather also had OCD. He had many of the traits associated with OCD as he became older. I think that in my case the disorder is genetic in nature.

What if I die in my sleep

After graduating high school I felt as if life knocked me over, I wasn’t prepared in some ways for the outside world. The first time I recall really struggling with what I would later know to be OCD was when I was a sophomore in college. My family dog had just passed away. I was in the process of taking an intense and thought-provoking psychology class.

These fears manifested in my sleep schedule. I could no longer feel safe going to sleep. What if I died in my sleep? For nearly 2 weeks I was unable to sleep, fearful of what would happen. I was maybe getting 1-2 hours of sleep per night. When I would finally get exhausted enough to fall asleep I began having fears of what if I couldn’t fall asleep? It was an endless cycle of torment.

The sleep theme would shift into more intrusive thoughts. Briefly, I struggled with incest fears surrounding my family. This was heartbreaking for me. Thankfully this theme didn’t stick around long. The next several years were met with various obsessions and compulsions. Health and contamination fears became prevalent. I had also developed a terrifying fear that I could hit somebody with my car and not know it. Driving became difficult, to say the least. I was constantly driving back and forth and checking to ensure I hadn’t actually hit someone. I needed to ensure that nobody was injured on the side of the road. Sometimes I would re-drive the entire route I had just taken. The amount of time that was consumed in this was immeasurable. I worried that if I had hit someone I would never see my family again.

I was finally forced to confront this theme when my now husband noticed me checking the underside of my car. Someone had noticed the extreme lengths at which I was behaving. Even still I didn’t seek treatment.

Down the rabbit hole

Then one day my exterior world collided with OCD in a way that was unavoidable. I was forced to seek out therapy. I can remember that day vividly. The most traumatic theme I could imagine took hold. Last year I was sitting on my couch as I typically did. As I was scrolling through Instagram, just like I had hundreds of times in the past, I saw a picture of a child. I felt a groinal response. I can still remember the jolt of terror that coursed through my veins. I remember thinking “what was that?”

For what seemed like months I was in the rabbit hole of rumination. I was trying to determine why this happened. I began going on Youtube to find any form of reassurance I could. I was looking for relief and answers. In the midst of my struggle, I found Chrissie Hodges’ videos. She is an OCD advocate. This was the first time I had ever heard anyone talk openly about these things. I felt seen and heard for the first time. She is one of the few people who openly discuss the more taboo themes that often accompany OCD. I am so grateful for this because without her openness and honesty I would not have known what this was that I was experiencing. I might still be living in torment.

By this time I had been in Cognitive Behavioral Therapy (CBT) for a year. This is often times referred to as “talk therapy”. I had a feeling that this was not going to help me with these particular issues. During this time period, I spent countless hours researching online. I looked up the IOCDF (International OCD Foundation), Made of Millions, and so many other platforms. This was helpful, as for the first time in my life I was hearing about things I had experienced. Each time I would read an article or watch a video I felt this relief as if things would be okay. Unfortunately, this relief was ill-lived and would eventually turn into more what-ifs. I wondered if I even had the disorder at all.  I looked up specific OCD therapy and found NOCD. It was then that I was officially diagnosed with OCD.

ERP: Getting the right help

Starting treatment was hard initially. At the same time, it was nowhere near as hard as it had been the past two months dealing with pedophilia-themed OCD (POCD). Facing my fears was almost the last thing that I wanted to do. I was determined, I did not want to continue to live my life the way I had been for the past couple of months.  Every single day prior to starting treatment was met with tears. I was losing sleep. I bombarded my loved ones with the need for reassurance and would confess relentlessly to them. I had developed physical tics to try and neutralize the intrusive thoughts. My partner was exhausted. He tried to figure out ways to help support me. He couldn’t see what was happening inside my mind. He didn’t see the torment and the battle inside that raged. I was terrified. I couldn’t stand being alone.

OCD is like that annoying relative that you can’t stand. They just follow you around all the time and try to give you advice on how to live your life. They are telling you all the things that you should do to keep safe, except you aren’t really in danger. Their suggestions are not helpful, the more you interact and engage with them, the more they keep telling you all of the things you need to do. It feels like it will never get better.

It does get better. You can live in recovery. When you first start ERP it will be hard, but it will also be worth every minute of it.

You can live in recovery

It’s important to remember that OCD is not curable but it is very much treatable. That is what I mean when I say that you can live in recovery. You can live a life that you love and cherish. For me, recognizing that this is a lifelong struggle is important. This helps me to remember that my brain works a little differently, and that’s okay. I now have the tools to help it when it gets stuck. Living with this disorder is so much better than trying to fight against it every single day. You can co-exist with it and live a very fulfilling and happy life.

I still attend therapy but much less than I did in the beginning. I am in recovery and so now therapy is more about maintaining my improvements. I no longer have to do exposures every session like at the beginning of treatment. Now my therapist works alongside me to develop in-the-moment exposures and response prevention. It is putting all of the skills and tools ERP taught me to work in day-to-day life. It is living life using ERP.

I don’t know where I would be without NOCD and the general OCD community. It has been incredibly helpful. If I hadn’t stumbled into those youtube videos of Chrissie Hodges I don’t think I would have found NOCD. These videos, alongside videos of Nathan Peterson, gave me the strength to realize that I wasn’t alone.

I’m a millennial woman, East Coast born and raised. I love spending my free time with my three dogs and my husband talking walks outside or gardening. I am a big movie fan and reader. Growing up Lord of the Rings was my favorite thing to watch and Harry Potter was a staple of my formative years. Currently, Stranger Things has been my big cinematic passion! This year I am looking forward to going to the beach in late August. I am also excited about harvesting the pumpkins I have been growing in my garden this fall.