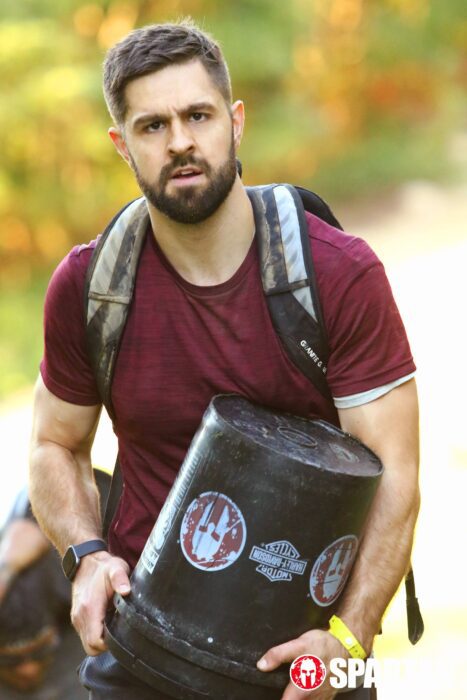 For close to ten years now I have dealt with this sometimes mysterious ailment. It was only two years ago that I finally knew I needed to seek out help. I had always been an anxious child. I hated going to the doctor’s or dentist. I noticed that I always needed more certainty than my friends, I needed to know what was going to happen. I needed to be prepared.  I knew that I was different in that way from many of my peers.

Fast forward to my college years and I was still the guy who liked a good solid plan. I felt safer when things were predictable, especially with concerns about health. I needed certainty to live my life comfortably. I knew I was thinking about things that didn’t seem to cross others’ minds. If I had a big game I wanted to know exactly how it would play out. I thought of all the possible outcomes. Usually the worst ones.

When I was a child I watched a movie called 23. In this movie, the main character believed his life was cursed. He kept seeing the number 666 throughout his life. The character would constantly be shown what the number 6 meant. Years after having watched this movie, I began to obsess over this. I developed a lot of superstitious behaviors. I avoided going under ladders and stepping on cracks- all the typical things one hears about. I also thought that the numbers 23 and 13 were “bad” numbers. Of course, I would avoid these numbers. I started to wonder if what happened in that movie was happening to me. I kept seeing the number 666 in everything I did.

If I was opening the refrigerator and had a certain thought, I would have to keep re-opening it until it felt okay. These thoughts usually centered around my health. In my mind, if I did the behavior so many times until it felt “right” I wouldn’t get whatever ailment I was thinking about. It was disconcerting. I knew that what I was doing was not “normal” but I couldn’t seem to stop. I didn’t know, at the time, what I was dealing with.

The Health concern OCD theme hits the hardest. My mind becomes hypersensitive to any symptoms, signs, or sensations and fast tracts it to the worst-case scenarios: Cancer, death, despair. I lose myself in the worry and my thoughts become heavy. The essence of who I am gets dampened by ruminations. My magical thinking robs me of happiness in my life. It’s always trying to hold me back from doing, buying, or performing something I love as a way of control. My mind is sometimes scared to be happy.

I felt like I was a puppet and something else was controlling my mind. My entire life people had taught me to “trust your gut”, this played into my obsessions. I started engaging in magical thinking. I believed that certain thoughts, actions, and words could somehow manipulate the physical world. I thought that there was a link between what I thought and that my inner world could impact the outcome of something.

What was happening to me began to negatively impact my relationship. I was dating a girl that I had planned to marry. We would argue because she didn’t understand what was happening. How could she? I didn’t even understand it myself. The fear of the number 23 continued to rear its ugly head. It would sneak into seemingly the most random of areas. For example, if it was 23 minutes past the hour and we needed to be somewhere, I could not go. I would have to wait until it passed- I couldn’t do anything at this time. It was like I needed to be frozen. During that time I would space out, trying not to think anything “bad”. I could not eat or watch anything, I had all these rules that I needed to follow. I was constantly late for things. My girlfriend at the time would get upset. She didn’t know what I was doing. I am sure on the outside it just looked like I was being selfish and doing what I wanted rather than being somewhere on time.

There were times that we would be watching television and a commercial about something health related would come on. I would need to wait for another commercial to come on so that it would neutralize the sickness commercial. It was all so frustrating. There were many times that friends and family members were left waiting on me to leave the house because of this. I would make up excuses for why I was running behind. I felt a lot of shame and guilt. People would get angry at me, of course. They didn’t know what was happening underneath my behavior.

I knew I needed help

Just before the pandemic hit, my girlfriend and I broke up. This was a turning point in my life. I knew that I needed to figure out what was happening to me. I began to research and I stumbled into a book called Brainlock by Dr. Jeffrey Swartz. I also read a book called OCD, ERP, and CBT for Dummies. I began doing my own self-help therapy. I found that I could only go so far on my own. I needed more help. I contacted Dr. Swartz’s office and found out that he was practicing still, but the cost was too high for me. Coincidentally during this search, I stumbled into NOCD. I downloaded the app. Just finding this resource was a huge step. I used the app. and believed it was so helpful and one of the greatest things I could have discovered. I felt heard and seen. I wasn’t alone, the very things I struggled with for so long were common among the users in the community. The words I had never told anyone about stared back at me. This was about a year before I decided to take it even a step further. I was finally ready to reach out to NOCD and start therapy.

My therapist started with education on OCD. Even though I had researched and knew about it, I was able to learn more. My therapist taught me to look at this disorder as an overactive smoke alarm in your brain. It goes off unexpectedly, sometimes without warning, and alerts you to danger.

Viewing it as a hyper-sensitive smoke alarm really helped me to understand in a way that I hadn’t previously. If I was cooking toast and it began to burn, my in-house smoke alarm might go off to alert me. When this happens, do I go running and scream “fire” out of the house? No, of course not. I am able to recognize it as a false alarm- there is no fire. That is how I have come to look at my symptoms of OCD and how I need to respond to them.

My therapist worked alongside me and provided needed support. I knew, going into therapy that I didn’t want to be in therapy forever. I wanted to learn the skills for myself so that I could become my own therapist. That was always my goal and the goal of my therapist. In the beginning, I was afraid, I thought what if this treatment doesn’t work? Where would that leave me? I have learned that this is a common fear.

Initially, the first few levels of ERP are easier but then you may start to doubt whether you’re doing ERP correctly. I learned throughout therapy that this is a common trick OCD likes to play. It inserts doubt into almost everything that you do. When this happened to me, I had to dig my heels in and refocus my energy. It takes time, tolerance, and dedication to the treatment to work. ERP is extremely challenging but it is not complicated. You become very aware of what OCD is telling you to do and you know what you should not do and what you should do. It does get better.

4 months into my ERP and I began to see significant progress. I still go to therapy once per month and I am considered to be in the maintenance stage. I would say that I am 85% recovered. The best way that I can describe treatment is that it helped me to fine-tune the fundamental tools that I already had. The treatment helped me to be my own therapist. Today I am living proof that you can recover from this debilitating disorder. There is freedom and hope when you put in the hard work of ERP. Today I enjoy taking care of my health, both mentally and physically. I can be found participating in spartan races, these are a series of obstacle races with varying distances. I have found that when I take care of my physical health, my mental health improves as well.

Being able to overcome these obstacles reminds me of the biggest obstacle I have had to overcome, OCD.  I also see the silver lining in OCD. It forces me to learn more about my mind and how it works than someone without this disorder. My self-awareness has improved because of my OCD. I look back at the years and time it took from me, but I am grateful I have so many resources to grow and heal and what it has taught me along the way.