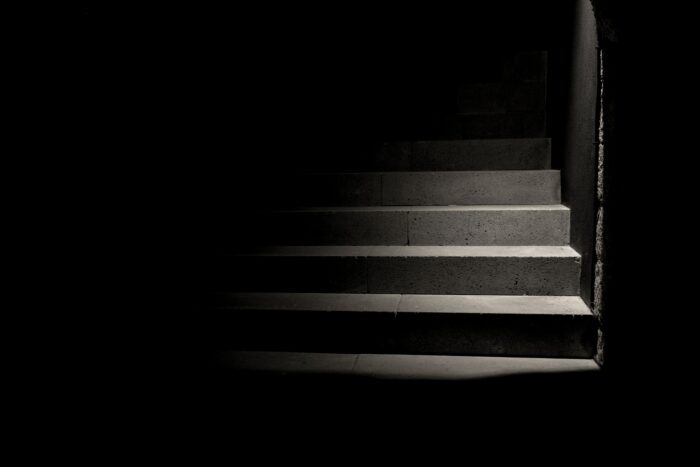 Out of the Darkness

Before the main events that led to my diagnosis of OCD occurred, I led a pretty calm life. I often call myself a human “Jiminy Cricket” because I’m wired always, to tell the truth and I am always desiring to do the right thing. I take an extreme amount of responsibility. Even with those tendencies, I have always been a fairly relaxed person, ready to go with the flow and experience life.

In January of 2018, my brain seemingly snapped. It had been coming for several months– years if I look closely enough. I was sitting on my couch, scrolling through my phone when suddenly I became convinced that I had done something terrible. I began thinking I would do harmful and terrible things to the people I loved in the future. The thoughts were so dark that I feared people would think I was a danger to the world. I had no evidence that these thoughts were true in any way, but I believed them regardless. I panicked, prayed, recited Bible verses, confessed all of these thoughts to my family(a compulsion I would later realize), took Benedryl to go to sleep, and had what was yet another night of terror. I woke up the next morning within no time the thoughts resurfaced succumbing to the darkest thoughts I’d ever had and, consequently, the most intense panic of my life. I drove to my parents’ house with only the clothes on my back and a phone to my ear, because I was also convinced I might try to drive off the road. This was the beginning of my nightmare.

During the following 3 1/2 years, I saw doctors and pastors, consulted mentors, participated in a year of talk therapy, and agreed to be put on anxiety medication. All these things collectively led to me being able to return to my “normal” life and provided me with important skills to cope with the anxiety. But the intrusive and unsettling thoughts would return consistently and I was resigned to this new rhythm of calm-calm-panic that was exhausting, but manageable.  While the thoughts that I would harm others have been and still are the most troubling to me, I have also struggled with many other fears. I have felt compelled to lock and relock doors, checking incessantly to ensure they are indeed locked.

When I hit bumps in the road, I have had to drive around the block and make sure I hadn’t hit a human and not noticed.

Fast forward 3 and 1/2 years later and I’m sitting on the same couch. This time I am reading through the Diagnostic and Statistical Manual of Mental Health Disorders (DSM-5). I was reading this because I was now a graduate student. I’d never known someone with OCD personally, and mostly I thought of the show Monk when I thought about the disorder. But reading through the DSM-5 that day in November of 2021, I realized that the symptoms of obsessive-compulsive disorder (OCD) resonated deeply with my situation. I felt completely understood by this impersonal clinical manual. The next day, I set up an appointment with a NOCD care team member who was non-judgemental. I was able to be scheduled with a licensed therapist who specialized in the treatment of OCD. When I met with my therapist for the first time, I knew it was going to be a good fit. She was kind, open, and confident in the science of ERP. She said to me after our first session, “I have no hesitation about diagnosing you with OCD.” Me either.

6 months of Exposure and Response Prevention (ERP) therapy and lots of hard work later and I finally feel comfortable in my brain. ERP is counterintuitive at first. I quickly realized that this treatment method was empowering me to live my life untethered to the intrusive thoughts that plagued me for so long. I now tell my dark, intrusive thoughts (they do still occur sometimes) that no matter what they say, I’m going to keep living my life according to my values. That keeps the OCD monster from taking over my brain and my life.

Mental health issues are very, very real. I just recently finished therapy with NOCD for now, as I feel I have the tools to be successful thanks to my therapist and NOCD. I know I can always go back and hone those skills. After being part of the NOCD community for the last nine months, I am encouraged by the brave people beside me who choose values over fear every day. It’s an arduous journey, but one well worth the effort.

My name is Danica, I love spending time outside, whether hiking, kayaking, biking, snowshoeing, or watching a storm come in. I recently re-discovered rollerblading, which is more difficult at 29 than it was as a teenager! I also like to read a plethora of genres and listen to a ton of podcasts like the true millennial I am.