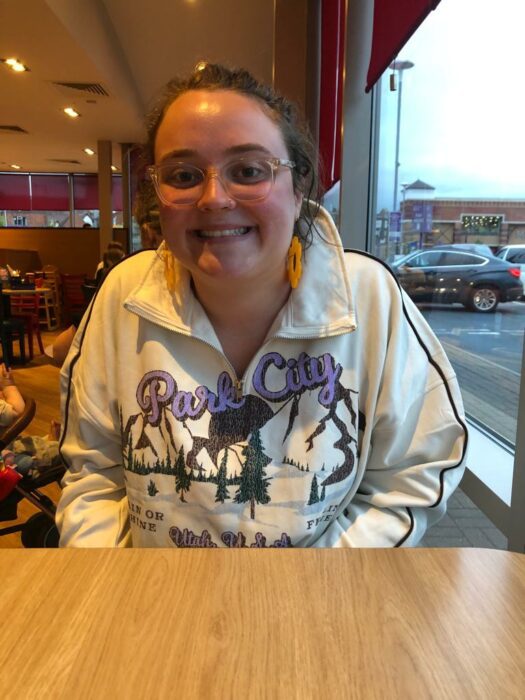 OCD tried to outwit me

When I was a child I didn’t know what was going on. It was very scary. I had always been labeled an anxious child, but there was something more. I was scared that bad things would happen. I lived in a constant state of fear. I had intrusive thoughts surrounding my faith. I would feel the urge to pray that bad things would happen to me. I would then feel I needed to confess this to my parents. My parents didn’t understand OCD and being religious themselves they would engage in the compulsions at times alongside me. My parents put a lot of importance on my thoughts and their content. When I would pray about the bad things happening and would tell them, they would say that if I did that then it could happen. This terrified me more. I think that they were answering based on their beliefs and trying to get me not to pray for anything bad- but it backfired in a sense. I became afraid of God. I prayed for things that I didn’t really want. The urge pulled so strongly. I also developed intrusive sexual thoughts.

I was diagnosed with Generalized Anxiety Disorder (GAD) at a young age. The diagnosis never really seemed to fit my experience. Unfortunately, this led to many years of Cognitive Behavioral Therapy (CBT) which turned out to be not so helpful for my intrusive and unwanted thoughts. One of my primary compulsions was mental rumination, I was always trying to solve my thoughts. I needed to make sure that they weren’t true. Unfortunately in CBT, I was taught to do this more, which just led to this endless loop of thoughts and anxiety.

When I was 12 years old, I started to worsen. I had been struggling for so long. I was in a bad place, mentally. I had been through so many therapists at this point and felt so misunderstood. I felt like no one took the time to see me or hear, what I was really experiencing. I felt like no one could help me. I was 18 when I spiraled and started feeling suicidal.

A friend of mine mentioned Obsessive Compulsive Disorder (OCD). I didn’t know what OCD was. When I was feeling at rock bottom, I decided to research it online.

I knew I had OCD. I visited my doctor and was sent to a psychiatrist. The psychiatrist said they hadn’t heard of religious OCD, so I ended up telling them all about it. I was placed on a 6-month waitlist to see a therapist. I live in the UK so healthcare is different than in the states. I ended up deciding to private pay to see a therapist sooner. The education on OCD was helpful. However, a new roadblock popped up. This therapist wanted to explore the underlying trauma that led to OCD. The problem with this was, that there was no trauma. This therapist didn’t understand that OCD isn’t caused by trauma always. In fact, often times people with OCD do not have a traumatic background. I requested Exposure and Response Prevention (ERP) as I had read all about its effectiveness. It just wasn’t accessible. I had seen several therapists throughout the process but I was still not doing ERP.

Finally, NOCD started to offer services in the UK. I had been involved in NOCD support groups for a while so it made sense to try a therapist. I am also Autistic, which can have an impact on my OCD. The most helpful thing I have learned throughout treatment has been that I will never gain certainty and I don’t need to. This is not the real problem. I have always been constantly looking for a way to “not feel” anxious. I needed to learn to accept that anxiety is just a feeling, as uncomfortable as it may seem, it is just an emotion. It will pass. I don’t need to get rid of it. Everyone experiences uncertainty and that is okay. Everyone has intrusive thoughts at some point, they just don’t pay attention to them in the same ways that I do.

Trying to describe OCD is such a difficult thing. It is the scariest thing I have ever experienced. It just takes over your life. It is constantly outwitting you. As a child, I had been afraid of God, at age 15 I wanted to personally become a Christian. This was important to me. OCD definitely made becoming a Christian more complicated. Faith can be an uncertain thing. Even with Christianity, there is so much we do not understand. There can be so many interpretations and beliefs.

Whereas I used to do things out of fear, compulsively, now I do them because I want to. I enjoy my faith. It is a love for God and that is so freeing. I can now enjoy God.

Things were looking hopeless for me at one time. I never thought my life could get to a place where it is as fulfilling as it is now. Once I recognized OCD as what I was dealing with and found an ERP therapist, I was able to move forward. ERP is the way forward. It happened faster than I expected. I started to feel better almost immediately.

Today I enjoy playing the piano, doing creative things, knitting, and watercolor painting. I am taking life as it comes. I am not getting too caught up in the future. I am living in the unexpected. I am passionate about helping others who have OCD and advocating. I am excited to see what happens next.