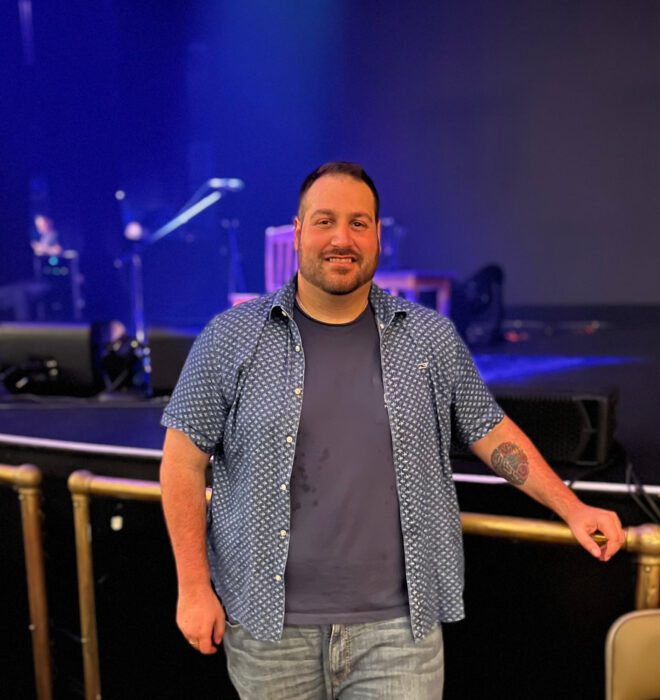 It was 2017 and I had been a prominent and successful lawyer for many years, working diligently towards my goals and achieving great accolades. On the outside, I was a picture of success: a thriving professional, a new father to a baby boy, and a loving husband.

And yet, underneath, I suffered. In my line of work, as in many others, it was taboo to speak about mental health issues. If you were struggling with your mental health, people would assume it was burnout.

That all changed on one fateful day in 2017. It would prove to transform everything for me and those whose lives I touched. It was Labor Day weekend, on my wife’s birthday, when it finally came to a head. Something shifted and I knew he had become a shell of my former self and that I needed help. This would mark the beginning of my lifelong journey towards recovery and wellness.

Just prior, I had been working so hard that I neglected to take care of myself. I worked through vacation time—in fact, I hadn’t taken a vacation in 5 years. Reflecting back on it, I realized I had been consumed with perfectionism my entire life.

Just before I recognized that I had hit an all-time low and I needed support and treatment I had been missing more and more work. When I did manage to go to work, I often spent hours in a wellness room (a room dedicated for employees to go to when they needed a break), by myself trying to stave off panic attacks. On the rare occasion that I returned to my office to complete work, I would become consumed with intrusive thoughts about the work I had done in the past as well as my current work. I became obsessed with the thought that I may have committed malpractice. I began re-reading old cases, and emails, and reviewing paperwork that had long since been forgotten by everyone, it was an all-consuming mission for me.

Endless hours of searching ensued. I found myself going home and sneaking away to research old files and to google online things about malpractice- looking for any type of relief I could find. This proved fruitless and I continued to have anxiety attacks, never feeling certain that I had not made a mistake. No one had ever accused me of malpractice and my integrity had never been questioned, and yet I just couldn’t shake that feeling that I may have done something wrong.

It wasn’t long before I began to withdraw, isolating myself from the people who cared the most for me. I was exhausted, mentally and physically. I became depressed and lost interest in many of my usual activities. My relationship with my wife and son became strained, my wife didn’t know how to help me. I wasn’t even sure I understood what was happening, how could I explain it to my wife?

My world was closing in and before I knew it I was no longer able to watch television or listen to music, everything and anything reminded me of past cases which triggered the obsession that I may have committed malpractice. Things were spiraling.

I’m not sure exactly what clicked within me on that Labor Day weekend, perhaps years of trying to hold it all in, trying to seem like the picture of perfection. On this day, I decided that I wanted more. I could not keep going the way that it was. In October 2017 I went into my law firm and took a leave of absence. As terrifying as this was, to share openly with colleagues that I had been struggling with my mental health, the idea of living the rest of my life the way I had been was even scarier. I took a giant leap that day. That was the day I determined that I would work hard to regain my mental health.

I went into intensive therapy which utilized a combination of techniques ranging from cognitive behavioral therapy (CBT) to exposure and response prevention (ERP) techniques, alongside mindfulness practices. I also began to take medications for what he now knows is Obsessive Compulsive Disorder (OCD). Like many others with OCD, I was also diagnosed with co-morbid conditions of depression and generalized anxiety disorder. My experiences with OCD led me to become stuck on the intrusive thought that I had committed malpractice or had somehow made a mistake in my work. This led to countless hours upon hours of compulsions which included checking and rechecking several things, ruminating, mentally reviewing old cases, and avoiding anything that triggered these unwanted thoughts.

I diligently would do my ERP homework which included things like watching triggering TV shows or listening to music and not performing my usual compulsions of checking over old case documents or ruminating about all of the what-ifs that popped into my head. In therapy I was able to start unpacking my history of OCD, recognizing that I probably had it even when I was a child. I remember preparing for my bar mitzvah at 13 years old and incessantly reciting a bible verse over and over again, day and night, even under my breath.

It wasn’t long before I was able to return to work and I was well accepted by my colleagues. Their support and encouragement made the transition back to work so much more achievable. I found support in a disability inclusion affinity group at my workplace. It is there that I really had an epiphany of sorts. I realized that so many people are walking around, looking very successful on the outside yet going through the motions of daily life and struggling with debilitating mental illness. How many people aren’t talking about it because of stigma or fears of being labeled? How many people are just trying to survive and feel alone in this?

Armed with purpose I decided that it was not only important but imperative that I share my story and my experiences with others. I recognize now, that I have gained a new perspective on the world, I find myself being less judgmental, more compassionate, and empathetic towards those with mental health issues. I am grateful for each day now.

Recovery is an ongoing, day-to-day practice for me. I still regularly use all of the tools I learned in treatment. On particularly rough days I remind myself of where I have been and I say “I know there’s a light at the end of the tunnel.” I want everyone to be aware that there are resources available to help. Recovery can be slow- take it day by day. It can be incremental, and it’s okay to go at your own pace. Today I say “life is great.” Admitting and seeking help is the first step. Change takes time, it takes ongoing and active work, and lastly, it’s important that people know “everybody’s journey is their own.”