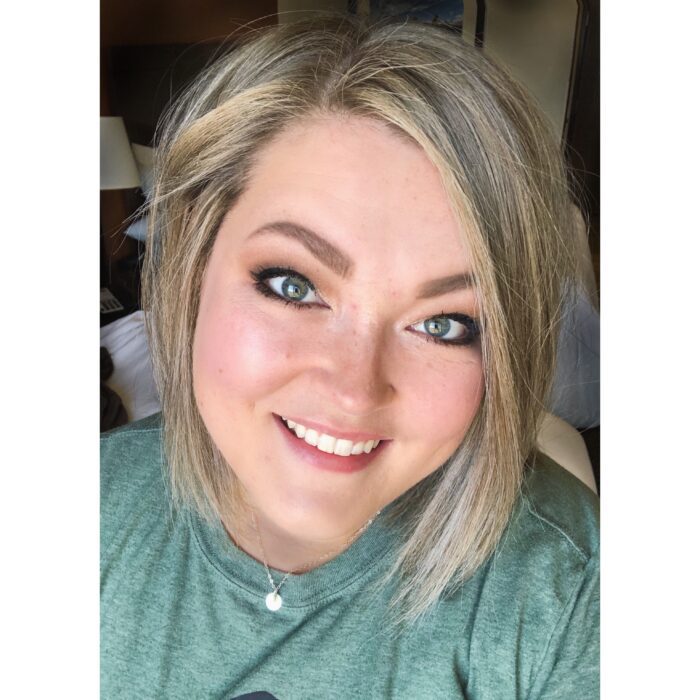 Living in the maybes

Looking back throughout my life, I can see glimpses of what I now know to have been OCD as early as age 4. I think I have always experienced intrusive thoughts. I remember that I used to be obsessed with death and someone I loved dying. The possibility of this ate away at me. I had to say certain things when hanging up the phone or when they left the house. I had to ensure that the last thing they heard from me was that I loved them. I would run after my mom if she left before I could utter those words. I would try and make her take me with her wherever she went, in my mind, if she died, I would die too. This brought some sort of comfort to me.

As I grew older, so did the obsessions. Relationship-themed OCD or ROCD started to plague my life. It was my wedding day to my current husband and I couldn’t seem to shut out the intrusive thoughts. What if we weren’t meant to be together? What if we were making a huge mistake? I was so worried about making the “right” decision. I pulled my, almost-to-be husband off to the side on our wedding day, moments before the ceremony, seeking reassurance that it was the “right” thing to do.  I almost walked out of my own wedding due to the doubts!

Then the pandemic hit. Those earlier fears of death and dying crept back up. I remember that in a week’s time my son’s pediatrician had passed away. She was young and had children of her own. I think it just struck a chord within me. Death was possible, no matter the age of the person. Just after this, I took another hit. I tested positive for Covid. This sent me into the worst OCD episode I have experienced to date.

What I now understand to be existential-themed OCD took hold. I began to question everything. Am I real? Is my son real? Am I living in a dream or a simulation? How can I be certain of reality? My head was full of worries and I was overcome with doubt.

I have always had a strong faith. I believe in God. But I was starting to question it all. I thought that I needed “certainty” that everything was real and that I could know that for sure.  I questioned whether God was real. I could spend days in what felt like a haze. I wasn’t living, I was barely surviving. I couldn’t eat or drink. I actually had suicidal thoughts at my darkest point. I remember thinking that if this was going to be what my life looked like from now on, I didn’t want to be part of it. I am so thankful that I went to see my doctor who prescribed anti-depressants. This was a starting point. At that time I was not diagnosed with OCD. I was diagnosed with Generalized Anxiety Disorder (GAD).

The next couple of years brought about 3 more prominent episodes of OCD. I became so afraid of losing my mind. I worried that I had schizophrenia. Intrusive thoughts about going insane haunted me. In March 2022 it became so severe that I didn’t feel safe from myself.  I started to have intrusive and unwanted thoughts about suicide.  It was causing me to question my values. I knew I had a gun in my home. OCD was telling me that I could use it if I wanted to.

While compulsively googling,  I found an article about harm-themed OCD. It finally clicked. I now knew that I was dealing with OCD and had been for a long time. It had gone undiagnosed. It was then that I realized that what I had thought were actual suicidal thoughts previously were actually a form of OCD called suicidal-themed OCD. OCD had been causing confusion and disruption throughout my life. The article I found linked me to NOCD. I set up a call right away. I have now been working with my NOCD specialist for 6 months. This decision was life-altering. I am now living in recovery with OCD.

I know that OCD is chronic and I will likely live with this for the remainder of my life. But I know that it will not take up my entire life. The most difficult part for me was learning to accept uncertainty. It felt so backward from everything that I wanted to do. I was so used to responding with compulsions that I thought I needed to. That I needed to never feel anxiety. I no longer feel that I need to run from my feelings. I am able to sit in them and let them pass on their own.

One of the most helpful things in my recovery journey has been connecting with others who have OCD. Online communities, and social media, have all been incredibly helpful. I am part of a Celebrate Recovery group (this includes anyone in recovery, not just those with OCD) that has been a wonderful space to share in. For 32 years I suffered from this disorder, and I didn’t know it. People deserve to know what OCD is, what it actually is. There is a stigma surrounding it and a lot of misinformation that still needs to be addressed. That’s why it is important to advocate and give education about OCD. I believe that even though it can be scary to talk about and share my personal journey, it is important work that needs to be done. People need to hear that there is hope, they don’t have to suffer needlessly. There is treatment.

My family has been so supportive. They have had to come to terms with and mourn, in a sense, that I was not helped earlier in my life. They are happy to see that I am healing and that I now have the resources to help myself. I have even shared with family members my experience and now two of them are seeking help for OCD.

My most difficult exposures in therapy were the ones surrounding suicidal-themed OCD. In ERP, I relived the day that the suicidal thoughts first appeared, touching the gun case and standing in the spot where the thought first occurred. In treatment, I was asked to write letters about how I would do it. These were called imaginal scripts. I held a gun with my husband in the house standing with me and sat with the intrusive thoughts and feelings. I watched movies and videos about suicide. I recorded some of the scripts and put them on a loop tape where I listened to them repeatedly. I also did similar exposures surrounding my fears about schizophrenia.

My advice is to seek treatment sooner. I know that for myself, there was a strength that came with the diagnosis. I knew I wasn’t alone and that this was a real thing. I didn’t have to fight it alone. I wish I would have known sooner.

If you are afraid to talk with a therapist, please know that you are not alone. You would be so surprised at how many people struggle with similar fears. I know it can be hard to think about facing your fears head-on, but that is where healing and recovery are. It is in doing the hard things. You can either let OCD take over your life or you have the choice to seek help and gain control. You can get the tools you need to take back the power in your life. It will take dedication and practice. But it will be worth it. There is so much more to life than living it in fear.

Today, life is so good. I used to live waiting for the other shoe to drop, so to speak. Now I know that even if a shoe drops I will handle it. I used to think that having intrusive and unwanted thoughts all day was normal and was just how it was supposed to be. I believed that I had to perform compulsions to keep the anxiety at bay. But I have realized that my brain is a little different. I have learned to love my brain in spite of this. I am no longer sad for what could be, what my brain could have been. I refuse to live in regrets. I have learned about acceptance. I am not afraid of what may be lurking around the corner. I am not worried about what may be under the bed.

Don’t be afraid to lean into the OCD community. On this journey, you can meet a lot of people who understand and to whom you can relate. Please don’t let labels or fears stop you from getting the help that is there.