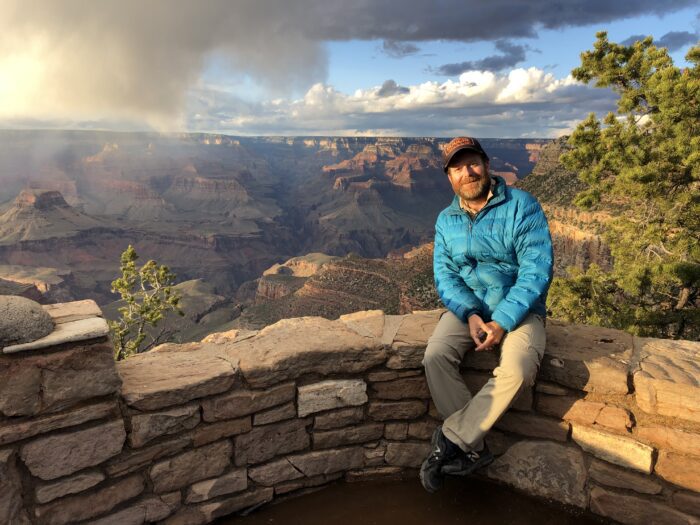 Knowledge is Power: Thank You NOCD

I had just turned 36 years old when I felt the crushing weight of this disorder. I didn’t know it at that time but this would be the first visitation from this mysterious ailment. I had just wrapped up the completion of my Ph.D. in history, a subject that I loved. I crammed what should have been 7 years of work into 4. It was a time of high stress in my life. I wasn’t eating or sleeping well. I started to have dark thoughts. I thought about hurting myself and others. I knew I didn’t actually “want” to do these things and yet I was tormented by the thoughts.

Things came to a head and I knew I needed help. I sought out a well-renowned psychiatrist in the Washington DC area. Going into the appointment, I was hopeful. I wanted desperately to get back to living my life. I had always lived my life on my terms and now I felt as though my world was being hijacked.

After meeting with this highly regarded professional, I was diagnosed with Generalized Anxiety Disorder (GAD). I would later realize that I was misdiagnosed. This was 10 years ago. There was not nearly the information available on Obsessive Compulsive Disorder (OCD) that there is today. The information was limited. I had never heard of it. It was 2012 and I felt like I was stranded in the wilderness. I opened up about the thoughts I was having. I will never forget the moment that I asked this doctor if he had ever met someone like me, who experienced similar things. This doctor looked at me and what he said stayed with me for years. He said he had not, this was the most alone I have ever felt in my life. And so I started the long road of ineffective treatment that consisted of a prescription for Xanax. I was looking for a way out of the pain I was feeling. Perhaps it was desperation, but I wanted to believe that I was finally going to experience relief from the intrusive thoughts that plagued me.

Over the course of the next 6 months, I found myself in a spiral of addiction to Xanax. The moment that I finally realized I had a problem, I was taking 27 times the initial dosage to get any type of effect. I knew that I could not live my life this way, I now had a new problem, named addiction. I weaned myself off of the Xanax, only to find myself replacing one problematic behavior with another. I began my descent into excessively drinking alcohol. I simply exchanged one addiction for another. Over the next 9 months, I tried to drown out the thoughts. I wanted to feel nothing, I wanted the convoluted feelings to disappear. It would take a medical emergency to wake me up to the seriousness of what was happening to me.  The grand conclusion was a grand mal seizure and I spent 5 days in the hospital. This was a major turning point in my journey, I checked myself into rehab for my substance abuse issues.

Although my substance abuse issues were resolved I still had yet to treat the underlying issues. The issues that led me to try and self-medicate were still present. I didn’t know what I was up against. I still only thought that I was experiencing general anxiety.

In the spring of 2014, I hiked from the Mexican border to Yosemite National Park. I backpacked over 800 miles. It took me 75 days. Perhaps it was the routine, the focus on something else, the stable sleep schedule, and the eating healthier that helped me. Whatever it was, worked. Over the next 4 years, I felt a release from the intrusive thoughts and compulsions that had consumed my life for the past two years. I felt free again. I beat whatever this was I had experienced. At least this is what I thought.

My symptoms lay dormant until 2018. I had returned from teaching in China and was back in the States.  I lived there for two years while teaching. I enjoyed my time there.  I have always loved traveling and have been all over the world. It wasn’t until I returned home that I started to experience difficulty with driving, fears flooded my head about what could go wrong. What if I hurt someone? I couldn’t work, I quit my teaching job. Self-harm thoughts dominated my mind. I was scared of the possibility of hurting my loved ones. I think that it was the adjustment of coming from one culture to another and the stress of all the changes that caused this flare-up. I managed to stay sober during this time in spite of it all.

Once again I took to hiking. This time I walked the Arizona Trail from the Mexican border to the south rim of the Grand Canyon. Again, I experienced relief from the harming thoughts, and the suicidal thoughts, and I felt peace again. It would prove to be short-lived though. I still didn’t have a true name for this adversary that I was facing.

February 2022 brought with it a flare-up of my symptoms. But it also would be the turning point in my journey. This would be the time that I finally would understand what I was experiencing and get the correct treatment. Nearly ten years had passed since its onset.

I had just published my second book and was taking a year off to research what would be my third book. Again I had lost routine, this seemed to be a theme in my life for when the symptoms would appear. The thoughts became “stuck” again. I finally saw a doctor who would give me the life-changing diagnosis of OCD. What I had been experiencing all of these years finally had a name, and things began to make sense.

In May of 2022, I found NOCD’s support groups, and shortly after I received therapy through NOCD. Finding NOCD has been one of the best things in my recovery journey. The knowledge that I gained cannot be understated. I have also had some luck with finding medications that have worked well for me.  Before I found NOCD, I had seen 6 different doctors and 6 different therapists for what I was experiencing, and still had not experienced the relief that I desired.

I learned about sub-types and what these meant. I started to recognize compulsions, I learned I had many mental compulsions. I had always assumed that I didn’t have physical compulsions but I was able to identify that I actually was engaging in these. I had carried a rock in my pocket that my sister gave me, it had the word peace inscribed on it. If I would have a difficult time leaving my house or wanted to go golfing I would have to repeatedly touch the rock. I never knew that this was a compulsion. I also learned that avoidance behaviors were only serving to strengthen my fears and grow my OCD. I learned how my personal habits impacted my symptoms, I was able to identify what triggered my intrusive thoughts. I realized that I actually engaged in confessing rituals, something I had never even heard of. I remember a time when I would have difficulty sleeping at night, my mind would race. Worries flooded into my brain, and I began to equate nighttime with intrusive thoughts. I knew that if I awoke in the night to use the restroom I would likely experience unwanted thoughts. In an effort to fix this, I stopped drinking water, I figured that this would make it so I would not awaken during the night. I actually fainted at one point due to a lack of hydration. Here I was, a man with 3 degrees in history, had daily access to the Pentagon in Washington, D.C. as part of a past job, and was a scholar of 2 books, and yet I was clueless about what I was confronting. Knowledge truly is power.

My advice to anyone who is experiencing intrusive thoughts and anxiety is to make that first call. It may seem scary and you may feel like you are all alone. You might think that no one can possibly understand your experience. I know, because that is how I felt. The first call that I made to NOCD was a game changer. The advocate I spoke with shared with me that they struggled with the same subtype as I do.

For years I had tried different forms of treatment. I had done traditional “talk therapy”. After experiencing Exposure and Response Prevention (ERP) I can now see how talk therapy was, at times, more harmful to me than it was beneficial. I was basically just ruminating out loud. I had spent hours and hours doing this. Looking back, I can see that it was as if I was working on an engine that had metric parts, and I was attempting to use standard tools. Some of the tools just wouldn’t work. I needed to learn ERP skills to tackle the OCD. The other tools could help with other things, but the OCD needed special tools. It is a process, I am learning more and more every single day (with big thanks to Tia Wilson and Jenna Overbaugh for leading truly life-changing support groups). I continue to do ERP daily. Even things like having a set schedule of weekly tasks help.

Through the help of NOCD, I was able to feel better and I didn’t have to hike 700 miles and live in a tent for 3 months. (However, I would still recommend everyone do this at least once! You can eat all the ice cream you want and still stay trim!).  I have been sober for 9 years now. Life is looking pretty good these days. I would like to close with a HUGE thank you to Stephen Smith, the founder of NOCD, and Dr. Patrick McGrath, for his amazing wealth of knowledge about OCD that I have had access to through the NOCD YouTube Channel. To my ERP therapist Dr. Marcio Guzman and the entire NOCD Team, keep on keeping on, and Thank you!