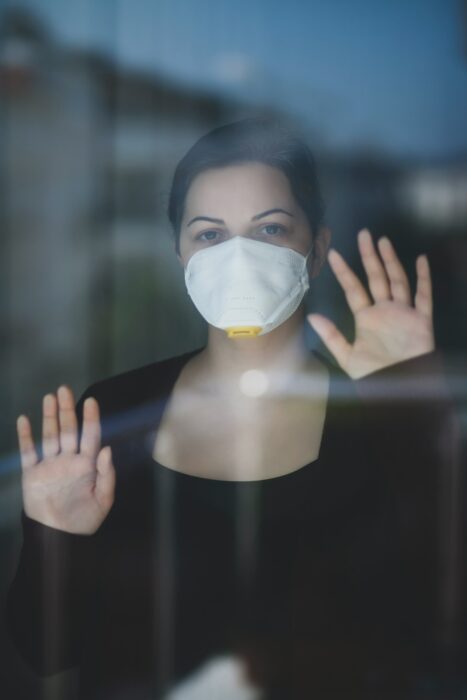 How my children’s OCD diagnosis led to my own

My awakening/understanding of OCD started when my firstborn daughter was diagnosed with OCD when she was 5 years old. Her Pre-K teachers noticed changes in her and suggested we talk to her pediatrician. She would repeat the exact phrases and questions every minute or so, this went on for days and weeks. Being our first child we thought maybe this was just a phase and would be something that would resolve on its own. Luckily the pediatrician realized it was a sign of something more serious and suggested we speak to a therapist for an evaluation.  That therapist was familiar with OCD and helped us start her on the journey of ERP therapy from a young age. Through the years, her subtypes have changed but the tools she learned from a young age allowed her and us to identify when she was struggling again. She saw a few different therapists over the years but in 2020 she began working with a therapist at NOCD so she could talk to someone virtually due to the pandemic.

In 2021, our second daughter was starting to struggle significantly. Being familiar with OCD, I started recognizing certain behaviors and we got her in touch with NOCD where she was diagnosed, and began working with a therapist.

It was following this that, after struggling off and on with my mental health for years (anxiety and panic attacks), I began to seriously deteriorate with things coming to a head in the fall of 2021. I had always been labeled an extreme worrier and a hypochondriac. With the pandemic, worries about Covid and other health issues began to rule my life. That is when I contacted NOCD to get an evaluation scheduled for myself and was ultimately diagnosed with OCD. It was easy for OCD to latch on to me as, during this time, everyone needed to stay socially distanced, wearing masks and keeping things clean.  It was hard to determine where the line was between what was a “normal thought” and what was OCD. I became obsessed with checking my vitals, having to constantly keep updated on Covid and the data on case numbers and deaths, and needing constant reassurance from my husband which became a strain on our relationship. I also began to hoard certain items (not even anything useful) because I thought something bad would happen if I didn’t. Lockdown was very good for me, or so I thought! I felt safe and it was comforting to know that I knew where my family was at all times. When lockdowns began to lift, I had trouble leaving the home and did not want my family to leave the house either.

Looking back over the years, there were so many instances of me having to do all of these types of things that got in the way of me being able to participate in life and caused stress in my relationships. I suffered for years with horrible intrusive images. There were also many times when I would have to take myself to the hospital because I thought there was something seriously wrong with me. I still fight the urge to do that when I get sick.

When I had both of my children, I thought I had Post-Partum Depression (PPD). I never sought professional help then but looking back I believe my OCD kicked in during that time period as well. I had thoughts of harming my babies to the point I felt scared to hold them and thought my family might be better off without me. I also had disturbing visions and didn’t want to let them out of my sight and had trouble with others holding them.

Looking back, I can understand many of my mental health struggles over the years were OCD-related. So much time was wasted ruminating, not participating in life, and missing out or not fully enjoying things. I believed if I had certain thoughts, it must mean they were real. I thought bad things would happen if I didn’t perform certain compulsions.

Earlier in life, I mistakenly thought OCD was simply ritualistic washing of hands or having to touch things a certain number of times. The picture in my head then was of Jack Nicholson’s character in the movie, As Good As It Gets. I now realize there are many people who are struggling needlessly and harmful OCD stereotypes prevent people from getting the treatment they need.

Years of therapy never fully helped in the way that NOCD and ERP have. Over the years, I have been diagnosed with anxiety, depression, seasonal affective disorder, etc.  Never once had a therapist told me OCD was a possibility. Even my own thoughts about OCD kept me from getting the right help – especially since the majority of the time I had excessive rumination (Pure O) and didn’t involve the more well-known compulsions or rituals. I recently read that OCD latches on to the things we care about most and I definitely think that’s the case with my OCD.

I had a truly life-changing experience with NOCD and my therapist, Jessica. I’m happy to say just a few months ago, I was successfully discharged from therapy with her. Jessica was a lifesaver and was a perfect fit for me. When I started, it felt like ERP and the goals I set with her were unattainable, but I can say with certainty that it is doable and worth the hard work. We were able to use humor during therapy which helped tremendously. As anyone with OCD knows, it is extremely difficult to talk about the types of thoughts we have but using humor, and sometimes dark humor really helped minimize the OCD monster in my head. We would come up with all sorts of funny sayings and ways to look at my OCD to take away its power over me. She helped me determine what was a “Renee thought” and what was an “OCD thought” and then respond appropriately. This is something I continue to work on every day. Even though I was happy to get to the point of being able to manage OCD on my own, it was bittersweet when my therapy sessions with Jessica came to an end.

I feel like I can live my life again with the tools, compassion, and encouragement Jessica gave me. I will be forever grateful to her! OCD is something I will have to deal with for the rest of my life. Acceptance is so important, but I know what I need to do so it doesn’t take over and overwhelm me.

I share my story in hopes that it encourages someone to reach out and get help. It can be scary to fully open up to someone about what goes on inside our head but NOCD therapists get it. OCD is so very different for everyone. I know that from personal experience. So, my advice is to not compare your struggles to someone else’s and never give up hope. I know it can feel like you are at the bottom of a mountain and you can’t make it to the top, but trust me, you can accomplish it with the right tools and help!

NOCD therapists can help you

If you're struggling with OCD, you can schedule a free 15-minute call today with the NOCD care team to learn how a licensed therapist can help. At NOCD, all therapists specialize in OCD and receive ERP-specific training.