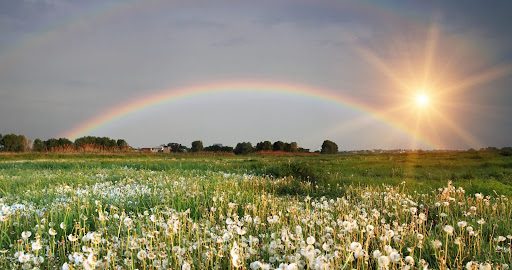 From Mental Prison to Recovery

My name is Betty Ray and I am sharing my journey through to recovery. I truly hope to help as many people as possible who are going through their own OCD struggles.  I want to share a message of hope that even when OCD seems to have stolen all of the joy from your life, it can get better.

As far back as I can remember I would get caught up in what I now know as obsessive compulsive disorder (OCD). I would become stuck in obsessive thought cycles. The thoughts would be scary and take on bizarre content. It was all consuming. I lived in fear that the thoughts were real or that they could lead to acting on them. I even wondered if I had acted on some of my thoughts and just wasn’t aware.

Throughout various times in my life I would get stuck on an intrusive thought for a few months before it would shift to a new one. There would be times when it was so debilitating that functioning was difficult. There were also times when I would do really well, the OCD was much quieter. I could be going about day to day enjoying life and seemingly out of nowhere a dark thought would appear. I knew when this happened that another cycle was beginning. A cycle that consisted of obsessing over a thought or several thoughts and trying to rid myself of the discomfort that it caused me. Even though these cycles were incredibly painful to go through, I always was able to bear them. I kept persevering. I had learned that it would just be a matter of time and my brain would move on. I viewed it as a temporary battle.

I began having unwanted thoughts about acting sexually inappropriate with our family dog, who I loved so much. This thought carried so much shame and guilt.  It may sound unusual but that is how OCD manifests, it seems to grasp a hold of something that you really care about and value. I started to wonder if I was attracted to children (pedophilia themed OCD). I doubted my own sexuality, was I a lesbian (sexual orientation OCD)?

I had intrusive thoughts about purposefully hurting others. What if I wanted to run someone over with my car? This led to checking incessantly to ensure no one was injured. I would drive my car back and forth to where I may have hit someone.  I would repeatedly say prayers as a mental compulsion. I was attempting to neutralize all of the anxiety that these thoughts brought.

I also struggled with picking my lip repeatedly which caused it to bleed. This would cause me so much embarrassment.  I did this for so many years before knowing that this was called dermatillomania. I was under so much stress.

That all changed the year I turned 33. I couldn’t keep it in any longer. All of the years of holding onto shame, fear and guilt took a toll on me. I had just given birth to my 3rd child. I was hit with severe postpartum OCD. I had always had these scary and sometimes strange thoughts and behaviors but I had never sought help. I did not know what it was or that it even existed.

I decided to share what I was going through with my husband. I was terrified to confide in him. What if he thought I was a monster? I told him about my alarming thoughts that I could hurt my baby on purpose. I explained to him that I felt like I was living in a mental prison. It felt like my thoughts were screaming at me all the time. This caused me to panic and be afraid that I would act on these someday. I asked him to take me to the emergency room and he did. It was so intimidating having to tell him all of these things that I had held so closely inside for so long. Going to the hospital made me feel so vulnerable. I was scared that if they knew my true thoughts that they would take my baby away, so I lied. I told them that I was going to hurt myself. I didn’t really want to hurt myself, but couldn’t make them aware of the true nature of the thoughts I was having. They spoke with my husband and determined I could go home and put me on an anxiety medication.

An answer at last

Finally in the comfort of my home I decided to google the thoughts I was experiencing. I had never before done this. I was always so afraid that my search history could get tracked and investigated. I believed that this could ruin my life and more importantly, my family’s lives. I was desperate by this point.

During my research I found a wealth of information about OCD and for the first time in my life, a wave of relief washed over me. I still knew very little about this mysterious disorder, but what I had learned gave me so much comfort.

Unfortunately the relief was short lived. The reassurance the information brought me left and I again became overwhelmed with fear. I realized then and there that I needed more help. I needed to be honest and open with my treatment providers. I was scheduled with a therapist and started on SSRI medication. Although this therapist did not specialize in the treatment of OCD it was still a step in the right direction. It helped me immensely. I was able to start to live a more functional lifestyle with my three children. I could finally enjoy my baby.

Three years later, the OCD hit with a vengeance I had never experienced before. I can now see that this is because I never really treated it in the past. I never received the proper treatment. I had just put a bandaid on the problem. This time around I became preoccupied with harm themed OCD. I physically felt ill. I woke up every morning vomiting. I could barely eat, I lost so much weight. I had sharp pains surge throughout my body. Panic rushed through my veins.

Making the call to NOCD

It was my birthday last year and I was crouched down on the floor in my closet. I had cried so much that I couldn’t feel anything left within me.

I called NOCD. I was connected with a therapist who understood this illness. My first few sessions were so difficult. It was the first time I had been completely honest with myself and my treatment team. I had to tell the secret thoughts that haunted me. I barely knew the therapist and was revealing things I hadn’t told even the people I trusted the most. I shared the most awful, horrible, shameful thoughts I had.

There was a point during my NOCD treatment that I had the opportunity to be seen by one of the world’s most well known OCD specialists. I accepted a first appointment with this specialist. However after that appointment I realized that I already had the treatment that I needed. I declined seeing this specialist and continued on with NOCD. I knew I was in good hands. Within 3 months I was no longer feeling physically sick. I was eating a normal diet and was back on medications that I found helpful. I began to live in recovery. I started a maintenance phase of therapy with NOCD, this is where I only checked in with my therapist once a month and more often if needed.

It’s been nearly a year since my desperate call to NOCD for help, and I am now no longer in treatment. I have the tools to manage this disorder and I know that if I need to I can always return to NOCD for a refresher. I am still taking medication and plan to come off within the next year if possible. I feel that I am finally fully armed and ready to tackle anything that OCD tries to throw at me in the future.

I will shout it from the rooftops as often as I can for those who feel isolated, alone, scared and ashamed and who don’t know what’s happening to them. There is help, there is hope. You can find comfort in knowing that you have an illness, an illness that can be treated. I want you to know that you are not alone and that there is help available.

I love spending time with my family! I love to take pictures, journaling and documenting our lives. My faith is so important to me too. I love to attend church with my family and make the gospel part of our every day lives. OCD has always caused me to have trouble reading (I would do mental compulsions while reading and feel that I needed to re-read sentences over and over), intrusive thought cycles would make reading nearly impossible for me. But since my treatment with NOCD I have been able to read over 35 chapter books just this year so far! I am amazed that because of the help I received I can now enjoy a love of reading! I also love tea times, heart-to-heart chats with my kids and my husband. I enjoy reading out loud to my kids. I also really like cultivating beauty in our home.