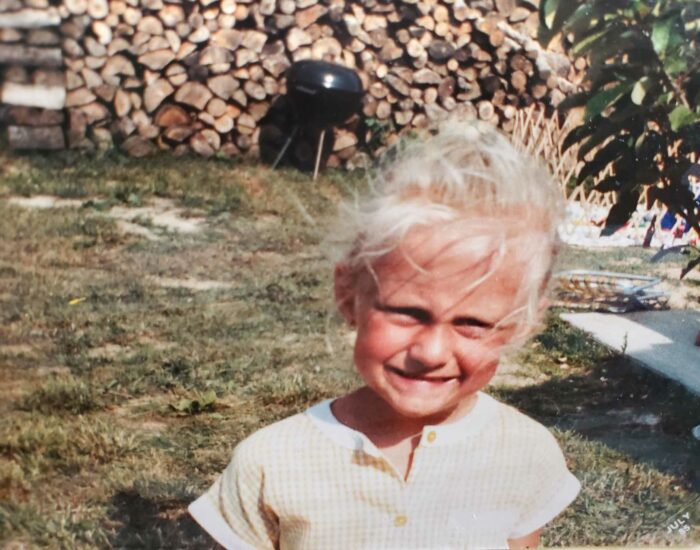 From Childhood Sufferer to OCD Specialist

I have worked in the mental health field for over 15 years now. Although OCD is a huge part of my life, it is not the only part. I am a mother to 3 amazing children and I have 1 grandchild on the way- due any day now. When I am not writing or counseling others with OCD I can be found by my pool-I love soaking up the sunlight. Many people do not know this but I restore old furniture for fun. There is something about taking something old and broken and making it beautiful that I am drawn to. I also love funny things, I like to make memes and be creative with social media content. I am also a diet pepsi addict- like legitimately. One of my biggest fears is that there will someday be a shortage and I will have to drink something else. I also put God first in my life and owe everything I have survived to His grace.

Some of my earliest memories are of what I now know to be OCD. I am not sure there was ever a time in my life when it was not there. I think there was a part of me that always knew something was different about me. I thought about things more than other children and about things that other children didn’t. I wanted to believe that I was “normal” if such a thing existed. But deep down, I knew that something wasn’t right. I was five or six when I had this realization. How and when exactly I knew, I couldn’t tell you. But I knew. While other kids would be playing and laughing, enjoying the carefreeness of childhood, I was lost in endless thoughts that made me sick to my stomach.

At the age of six, I’d already learned the intense feelings of shame and guilt. They plagued me. I knew that I couldn’t just say the things I was thinking out loud. I had to figure out a roundabout way of asking them so that I could get some form of temporary relief. It began with tics, I had to hold my stomach in certain ways and make certain facial impressions. The next theme was religious images that were shameful, quickly escalating to fears I had poisoned my loved ones inadvertently. Phrases had to be said constantly to ensure safety, and I had to confess to my mom to feel okay, but I had to do it in a way that didn’t make me sound “crazy.” There was the “gas theme” where I was scared to death of gasoline, and I thought that I had to clean everything or get rid of it if it had been touched by someone who had touched gasoline. I would hide laundry and put clean clothes that my mom had just washed in the dirty clothes bin. If something bad happened, in my mind, it would have been because I had not done enough. The fate of my loved ones, constantly in the forefront of my brain.

Everytime someone left my house I had to say “wear your seat belt” or “buckle up”- not once but several times, I needed to know that they heard me and that they would promise to do this. If I did not say this and they died in a car accident, in my mind, it would be my fault and this was a guilt I would have to forever carry and I couldn’t stand the thought of that.

There were fears that I had inadvertently poisoned my grandmother’s medication or had somehow gotten the medication onto my hands and it could kill people I came into contact with. I remember one particularly heartbreaking intrusive thought, my grandmother had died of a heart attack when I was 11 years old. I had remembered that she once asked me to get her inhaler and I had- the thought popped into my mind that maybe that caused her untimely death- even though I am pretty sure that event occurred many months or even years prior to her death.

OCD: coming and going throughout my life

As I grew older the intrusive thoughts changed from time to time, sometimes disappearing altogether and then returning with a vengeance. There was the “lying” theme which surrounded an intense fear that I could lie and how awful that would be, so I had to say “maybe” or “I think” or “probably” after every single word I said or wrote. This particular theme was difficult to hide, I was punished for having “bad habits”. There was the “choking” stage in which I only ate mashed potatoes and gravy and ice cream for approximately two years. One time I remember I ordered an ice cream dessert at a restaurant and they brought it out with peanuts on it- I refused to eat it and had to make up an excuse why I wouldn’t eat, I was deathly afraid of nuts in particular, they seemed like a likely thing to choke on.

When I was around 14 years old, I went through an emotional contamination phase. It was based around the idea that if I thought of something bad or shameful, I could physically wash it away. Ultimately, that wound up with me taking everything in my bedroom apart, piece by piece, and taking each thing out back to dip in our chlorinated pool.

The idea of magical thinking and emotional contamination would become a long lasting fixation of the OCD I experienced. It seemed to latch onto anything and everything that was important to me or that I cared about. Anything I had done or thought I may have done in the past was a target for OCD’s cruelty. I questioned my own experiences- my own memories. I could never feel “sure” enough about anything it seemed.

The intrusive thought that has seemed at the core of everything has been this fear of “what if I convince myself that I have done something or something has happened” and no one else “knows” the truth and they believe me. The idea of my mind becoming broken, in a sense, and I would not know reality from facts. To me, this has always been a terrifying prospect.

I once broke down and told my mom I think I may have been molested by someone we knew. She was, of course, very distraught. She asked for details and what happened, only for me to not have any answers. I didn’t know, I didn’t “remember” anything specifically, it was just a what if this had happened to me and we didn’t know for sure and I felt so much shame and guilt. It wasn’t until many, many years later I would recognize this to be false memory/real-event themes of OCD creeping into my life.

Sadly, there are more things that even as seasoned as I am in my profession and in my own treatment journey I am still not able to share, maybe someday, but for now, this is enough. I want people to know that they are not alone. This illness can make you feel isolated and so ashamed, I want people to get help much sooner. Maybe just maybe if I had gotten help sooner, I would not have so many stories to tell about OCD.

It has a name

I was 15 years old when I found out this monster that had visited my life had a name and it was Obsessive Compulsive Disorder (OCD). I saw it on a news show- someone was being interviewed and they spotlighted what looked to be the very same things I had been tormented with. Years would pass and no proper treatment. I was 21 years old when I was even introduced to Exposure and Response Prevention (ERP).

My advice to others

Something that has helped me along the way is no matter the content of the intrusive thought/feeling, I will ask myself “and then what”….you see, the story must go on. Play it out. Play out the worst case scenario. And then what happens…it always comes back to I just don’t like how it feels, and we know that life will go on. My advice to others is to keep going, things are always changing, this will too. Someday your story of what you have overcome may help someone else who thinks that they cannot go on another day. Thoughts do not equal action, you are not your thoughts. You can do hard things and you can get to a place where your life is so much better, so much more fulfilling. Treatment is hard, living with OCD is harder, at some point you will need to choose your hard.

I am still here. It did not kill me. As much as I hate to give it any credit, I am a stronger, more conscientious, thoughtful person than I might have been without OCD. It’s hard to say. There is hope. After all of these years, I still have OCD, but it doesn’t have me. It is managed. ERP helped me learn the tools I needed to fight back. My own experience of OCD is integral to the way I practice. It’s enabled me to pick up on things that happen in the OCD brain.  There have been many times when people struggle to explain a bizarre thought and I just finish their sentence because I have a brain that works the same way.

There’s also a lot of shame with OCD. People don’t readily tell you about their obsessions without trust. If you can say to them that you’ve been there and had these bizarre thoughts, you can earn that trust more quickly and kickstart progress in helping them manage this disorder.

My ultimate aim is to instill hope in others who have battled this illness: people who perhaps have tried every imaginable therapy, only to still struggle; those who wait years to find someone who specializes in ERP. That gold-standard care is infinitely more accessible than ever, thanks to NOCD. The road to a better life is literally at your fingertips.