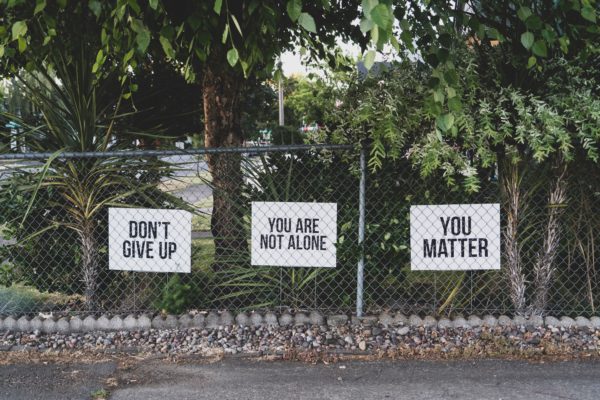 When it comes to treating obsessive-compulsive disorder (OCD), exposure response therapy (ERP) is often referred to as the gold standard. But if you’re deciding whether to try ERP, it’s natural to question whether it’ll work for you—especially when ERP means putting yourself into the very situations you’ve worked so hard to avoid.

The short answer is: It likely will. Research shows ERP and medication are the most effective treatments for OCD, with about 70% of people benefitting from one or both. But as with most therapy, you get out what you put in, so it’s important to understand how ERP works, who it helps the most, and how to set yourself up for success. Let’s dig in.

What Is Exposure Response Prevention Therapy

A type of cognitive behavior therapy (or CBT), ERP is the process of gradually and repeatedly exposing someone to uncomfortable thoughts, images, situations, or feelings, while keeping them from engaging in the compulsive and avoidant behaviors they’d normally turn to in order to cope.

To start, the therapist helps the patient identify their triggers, then rank them in order of severity (called a “hierarchy”). The goal is to find a starting point that the person is willing to try. Beginning with an item that is neither the most distressing or the least, but rather somewhere in the middle, the therapist creates a specific exercise that will expose the patient to confront their fear, using either imaginal exposures (such as writing out a worst-case scenario and rereading it) or real-life situations (touching a doorknob in a public place). It’s important to note that these exposures are not determined by the therapist alone. The patient has to be a willing part of the process and has the ability to shape with exposures they start with.

The most important thing is for the patient to resist giving into their compulsions during these exercises, otherwise they would just be reinforcing their OCD. After each exposure, the therapist will ask the patient about their anxiety levels and follow up with questions such as, “What were you afraid would happen? What actually happened? What did you learn?” By sitting with the discomfort, the patient learns to get used to the anxiety. This process is called “habituation.”

As the patient becomes more comfortable, the therapist will work with the patient on different exposures within their hierarchy. This, again, is a gradual process aimed at getting patients more used to their anxiety.  For example, someone who is scared of dropping their child might start off with a slightly easier task, such as holding their baby for one minute while sitting on the couch. They might then work their way up to writing out a very specific scenario in which their worst fear comes true and, eventually, reading it while holding the baby. These repeated exposures diminish the power OCD has over the patient, taking what was once a dreaded situation and turning it into the joyful and fulfilling one it should be.

Unlike traditional talk therapy, which helps people gain insight into their problems, ERP focuses on the thing that is keeping them stuck: submitting to their compulsions. Many people never challenge their OCD, but ERP allows patients to confront their anxiety with the help of a highly trained therapist.

While talk therapy can be helpful, it can sometimes make OCD worse by encouraging the patient to analyze, dwell on, or explain away their distressing thoughts. This can actually backfire, reinforcing the obsessions rather than ending the cycle. Confronting one’s fears through ERP can be scary, but for many, it’s the only way to overcome them.

ERP is extremely effective at treating OCD, with a success rate of 65% to 80% in children, adolescents, and adults. While everyone responds to therapy differently, most see a decrease in OCD symptoms within anywhere from eight to 16 weeks; some even find their symptoms disappear altogether.

But ERP does take effort. It’s hard, uncomfortable, and the opposite of what most people with OCD are used to doing (avoiding discomfort). And it doesn’t fix things overnight. Many people find their OCD symptoms actually increase after starting ERP. It makes sense, given that you’re not able to do the things that usually ease your anxiety. However, seeing symptoms worsen can make some people think it isn’t working at first, which can lead them to stop treatment before they see the true benefit. And even those who see success with ERP may not have perfect success; some people may need to practice the tools they learn in ERP for the rest of their life.

Sometimes, people find exposures aren’t getting any easier and concur that ERP just isn’t for them. But oftentimes, there are hidden compulsions or avoidances going on that are keeping them from being fully immersed. A well-trained ERP therapist will know how to dig deeper and help the patient identify the behaviors that might be holding them back.

It’s also important to engage with ERP outside of therapy sessions. If you touch a doorknob and resist handwashing while you’re with your therapist, great! But if you spend the rest of your week not touching doorknobs or washing your hands each time you do, you probably won’t see much improvement.

For others, ERP may not be enough on its own. People with extreme and unrelenting OCD symptoms may need medication in addition to ERP. In more severe cases, patients may require surgical procedures, such as deep brain stimulation, but these are usually only used as a last resort.

While ERP can treat any obsession or compulsion, it’s not always recommended for people who struggle with thought disorders like schizophrenia, as they may not be able to distinguish between writing a story about their worst-case scenario and the reality of that fear actually coming true. Some studies also suggest people with OCD who experience disgust, instead of anxiety, from their triggers may not see their exposures get easier over time, though more research is needed to know for sure.

How to Try Exposure Response Prevention

Did you know that ERP is most effective when the therapist conducting the treatment has experience with OCD and training in ERP.? At NOCD, all therapists specialize in OCD and receive ERP-specific training. Schedule a phone call with a member of the NOCD clinical team to learn more about how a licensed OCD therapist can help you get better. This consultation is free and doesn’t take very long—and it could be one of the most important calls you ever make.