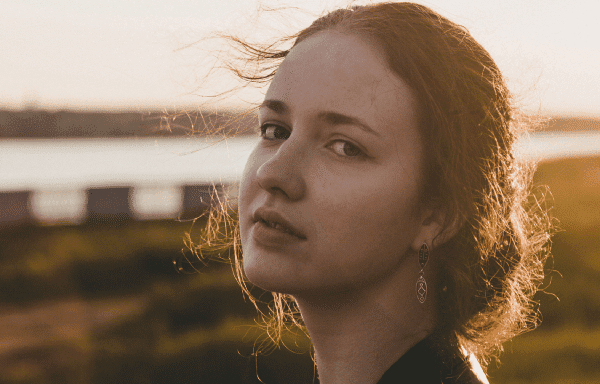 In a way, it seems like anxiety and depression should be opposites: one makes you way too revved up about things, and the other leaves you completely unable to care. This would be comforting for many, because you’d only have to deal with one set of symptoms at a time. Unfortunately, it’s far from the truth. Anxiety doesn’t always rev you up, and depression can make you care a lot.

There’s a whole lot of anxiety mixed into depression, and depressive symptoms are very common in people dealing with anxiety. In fact, the rate of comorbidity– one person having both disorders– could be as high as 60%. And, as we’ll find out below, the two aren’t so different at all. You might think of anxiety and depression as a venn diagram… one with very weak lines dividing it.

The Diagnostic Dilemma: What’s what?

The idea of mental illness is a tricky one. What really separates someone who’s been diagnosed with a mental health condition from everyone else? In certain cases it seems more obvious: when someone is psychotic or manic, or has become so depressed they cannot leave their bed, there must be something wrong. But most of us live pretty close to the boundary between “normal” and “in need of treatment.”

We can take the mental illness debate up at a later time, but for now let’s assume that someone is seeking treatment because they’ve been feeling bad for a while. They go to a psychiatrist, psychologist, or social worker who asks them a bunch of questions, listens for an hour or two, and then provides a diagnosis by matching up what they’ve said with the criteria in a big book of psychological conditions called the DSM-5. (In the United States, at least.)

Here are some of the DSM-5 criteria for Major Depressive Disorder, which we often simply call depression:

B. Symptoms cause clinically significant distress or impairment in social, occupational, or other important areas of functioning

And here are some of the criteria for Generalized Anxiety Disorder, or GAD, chosen as an example because it’s the least specialized of the anxiety disorder diagnoses:

1. Excessive anxiety and worry (apprehensive expectation), occurring more days than not for at least 6 months, about a number of events or activities (such as work or school performance)

2. The worry is experienced as very challenging to control. The worry in both adults and children may shift from one topic to another.

3. The anxiety and worry are associated with at least three of the following physical or cognitive symptoms (In children, only one symptom is necessary for a diagnosis of GAD):

Impaired concentration or feeling as though the mind goes blank

Irritability (which may or may not be observable to others)

Difficulty sleeping (due to trouble falling asleep or staying asleep, restlessness at night, or unsatisfying sleep)

As you can see, there’s a good amount of overlap between the two. Both cause a wide range of physical and emotional symptoms that range from being significantly slowed down to really revved up. Neither side of the spectrum is pleasant, but it’s notable that two different disorders have many of the exact same effects.

The point of all this? Diagnoses are always best guesses, not exact matches. Anxiety and mood disorders have a lot in common, so if you’re feeling lethargic and down but you also worry a lot you might receive both diagnoses to account for the slight variation. That doesn’t mean mood disorders don’t already involve worry most of the time– of course people become worried when they can’t enjoy most things or they’re having thoughts of suicide.

A few key symptoms can push clinicians in one direction or another, and many disorders like OCD have much more specific criteria. But other than that it’s more about trying to get at what’s bothering you most– and this often means offering multiple diagnoses in order to explain any symptoms you have that aren’t included in your primary diagnosis.

Psychological Crossover: What does research tell us?

The many similarities in diagnostic criteria offer one possible explanation for why so many people are diagnosed with both anxiety and depression, but there are other possible reasons the two tend to co-occur.

One study from 2015 looks at different psychosocial models for anxiety and depression. In one model, called the Avoidance Model of GAD, worrying is “a poor attempt to solve problems and deal with a perceived threat while avoiding the aversive somatic and emotional experiences that occur when confronting the feared stimulus.” In other words, when you worry you’re trying to fix some situation without dealing with the difficult parts of that situation– how it makes you feel, either physically or emotionally. Because you’re not going through those feelings, two things happen: the anxiety itself is reinforced because it helped you get off easy, and you don’t develop the ability to process the feelings involved. You become more likely to avoid similar situations, and to use anxiety as a way of doing so.

And one possible model for depression, the study says, is behavioral activation. This model suggests that depressed people avoid activities that might bring about positive feelings; in doing so, they end up more depressed and even less likely to seek out positive events. It’s easy to see how this vicious circle would perpetuate itself and make it increasingly hard for depressed people to experience any positive feelings at all.

Although the author doesn’t explicitly make this link, it makes sense to compare the models for anxiety and depression. If anxiety creates avoidance, and avoidance can reduce mood quality, we can easily see how the two would feed one another. Further, the negative feelings associated with depression are obviously undesirable, which means most people would try to avoid them in one way or another. One way is to worry about the negative feelings you’re encountering, instead of trying to accept them. In this scenario, reduced mood quality might encourage people to worry more, because it feels like you can “figure out” why you’re down and avoid the unpleasant feelings altogether.

These are only a few quick examples, but the bigger point is this: when you feel bad in one way, you’re likely to try to fix it. Sometimes “fixing” anxiety leads to depressive symptoms, and vice versa. Plus, anxiety can get so discouraging that we become depressed. And when we feel depressed we’re more likely to worry about ourselves, others, and the world.

Smarter Solutions: Feeling better with both depression and anxiety

Anxiously avoiding some experiences because of depression? That avoidance isn’t going to help either the depression or the anxiety, so while it might feel extremely difficult in the short term, make a plan to participate in experiences and stick to it, no matter how depressed or anxious you feel. This is what many therapists call behavioral activation– doing more things now, so your mood can follow.

Feeling like you’re trying to worry your way through unpleasant feelings instead of just experiencing them? This is a really tough one, but mindfulness and acceptance exercises can help with both the worry and those unpleasant feelings. It’s understandable that you’d try to figure out why you’re feeling bad and make it better, but you’d do well to let go of the belief that worrying is going to help you get there. It’s just going to make you feel worse. Stick to doing things you care about, even when you feel anxious or depressed.

Taking medication for depression or anxiety? With some important exceptions, most drugs used for either of these conditions are also used for the other. Sometimes doses need to be higher for anxiety, and if you find that a medication is making you either more anxious or more depressed you should tell your doctor right away. But for many people the same medications will help with both.

Feel like anything that helps your depression also makes your anxiety worse, or vice versa? This is pretty normal, especially when you’re just starting treatment. Maybe going out with friends really helps your mood but also makes you anxious because you’re trying to figure out what everyone else is thinking about you. Perhaps exposing yourself to a night alone at home is great for your anxiety but also makes your mood worse. Sometimes you do need to make choices about what must come first, and (if you have one) your therapist or doctor can help you make those decisions. Other times, the negative effect will only be temporary. If going out with friends is usually making you really anxious, that anxiety sounds like something that could benefit from treatment too. And avoiding the event that makes you anxious will only reinforce the anxious avoidance, making you worse long-term.

That’s all for now!

If you or someone you know is struggling with OCD, you can schedule a free call today with the NOCD clinical team to learn more about how a licensed therapist can help. At NOCD, all therapists specialize in OCD and receive ERP-specific training. ERP is most effective when the therapist conducting the treatment has experience with OCD and training in ERP.