Let’s say, for a moment, that you’ve just realized you might need some help feeling okay on a daily basis. You might still have some reservations about seeing yourself as mentally ill, but it feels like you really need to make a change. So you start looking up your options– not just what kind of doctor or therapist you might see, but also what kind of things they might offer you. At first it seems like you have a lot of options; but as you read more, you realize that many of these choices are, ultimately, really similar to one another.

Still unsure, you go in and get assessed by a psychiatrist. They tell you to come back, and fill out some forms in the meantime. And at the end of your second appointment they diagnose you with obsessive-compulsive disorder, or OCD. They recommend a medication, and you start a small dose. Months later, you’re on a bigger dose, but you’re not really happy with the results. You can’t tell if the medication is working, and this doesn’t seem like a good sign. 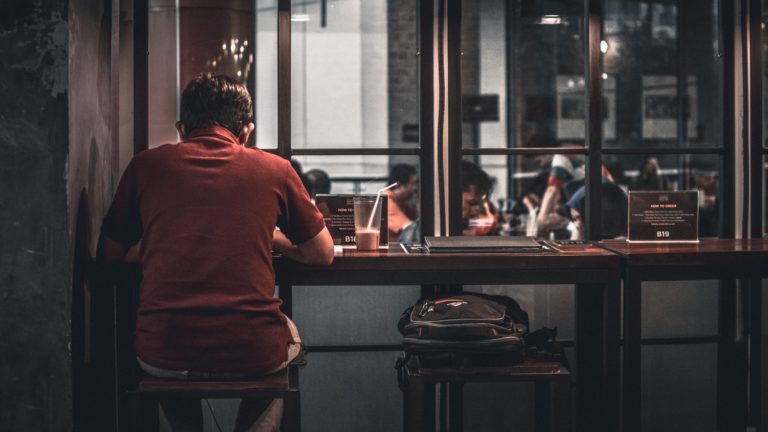 Medication options for OCD have been notoriously limited, especially since the 1990s. Or, at least, they seem that way to those of us who haven’t gone to medical school and practiced in psychiatry for years. So the patient experience can feel a bit like putting on a blindfold and being led around a room, with no choice but to trust the person walking with you. The medication options have names like planets in a SciFi movie: Zoloft, Lexapro, Paxil.

Almost all of these are in the same class of drugs: the selective serotonin reuptake inhibitors, or SSRIs. Along with exposure and response prevention (ERP) therapy, SSRIs are the first-line treatment for OCD, many other anxiety disorders, and depression. And even though they give partial relief to 40-60% of OCD patients, they aren’t enough for many people.

When accessible, a combination of medication and behavioral therapy– ERP is the most-researched form for OCD– is more likely to work for many people. But no single strategy will work for everyone, and few people achieve full remission from OCD with current options.

Whether or not full remission is the goal, sometimes we can’t help wondering if there aren’t other worthy options out there somewhere. Luckily there are researchers around the world asking the same question. And that curiosity translates to hard work every day.

Whether a new option is meant to become someone’s primary treatment or a supplement to what they’re already doing, there’s plenty of unexplored territory. Our understanding of the brain is still in its earlier stages, but a few key discoveries have led to groundbreaking change in many other conditions.

One particularly interesting frontier is adjunctive treatment. This is a fancy way of saying it’s added to the primary treatment(s). So if someone on an SSRI who’s doing ERP every week decides to add a small dose of an atypical antipsychotic, that drug is a form of adjunctive treatment. Sometimes doctors take this route when looking for significant impact with minimal side effects.

Most of us at NOCD have OCD, so we’re excited about any new research. But because there hasn’t been any new medication for OCD since 1997, the news that a pharmaceutical company was conducting a clinical trial of a novel drug for OCD certainly grabbed our attention.

We ended up partnering with that company, Biohaven Pharmaceuticals, to help them educate people about the clinical trial. They’re investigating BHV-4157, a glutamate modulator. Glutamate is a neurotransmitter, like serotonin and dopamine, but there haven’t been many medications that work on glutamate. Since there’s a growing body of evidence that glutamate dysregulation could be involved in producing some OCD symptoms, Biohaven is conducting a phase 2/3 trial of BHV-4157 for OCD.

It’s always been really difficult for research teams to recruit participants, partly because of the challenges of finding the appropriate participants and partly because there’s always a lot of hesitation around trials of new psychiatric medications. And we certainly understand this hesitation: what, if anything, will change for someone who decides to take this medication? Will there be positive effects, side effects, or both?

Although these questions depend on the individual, another one we keep getting is easier to answer. Lots of people reach wondering whether they’ll have to change their current treatment. What if I feel okay on this SSRI but I have never felt like I’m feeling the best I could? Will I be able to stay in therapy? And do I have to risk going back to the worst place I’ve been at with my OCD symptoms?

Because BHV-4157 is being studied as an adjunctive treatment, it’s added on to the current treatment regimen. In the clinical trial, someone will either get the investigational medication or a placebo (like a sugar pill) added to their primary medication. They won’t need to discontinue the drug they’re already taking, and being in therapy is certainly not a disqualification for the study.

We hope the answer to this common question might help people feel at ease about exploring the clinical trial further. Whether this potential new medication works or not, all participants in this study will be key parts of the journey toward better OCD treatment options for people around the world. If you’re interested in receiving more information from a research site near you, please click below!

If you or someone you know is struggling with OCD, you can schedule a free call today with the NOCD clinical team to learn more about how a licensed therapist can help. ERP is most effective when the therapist conducting the treatment has experience with OCD and training in ERP. At NOCD, all therapists specialize in OCD and receive ERP-specific training.

Answering your questions about NOCD and Biohaven’s OCD trial

Answering your questions about NOCD and Biohaven’s OCD trial