What if My OCD Isn’t OCD? 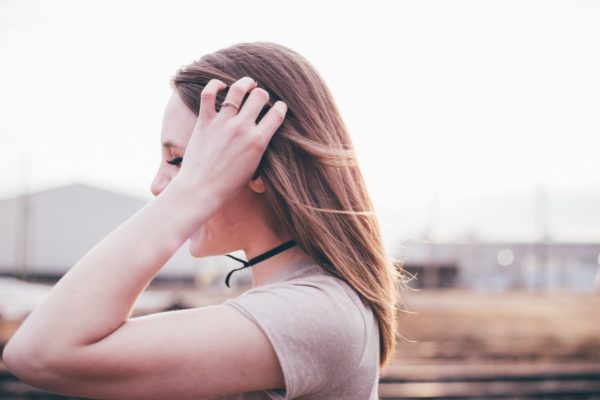 Many people question whether or not the thoughts they have are related to obsessive-compulsive disorder. Even people who are diagnosed with OCD might question its legitimacy. This in and of itself can be an expression of OCD, which is aptly nicknamed “the doubting disease” or “the doubt disorder.” If you’re having doubts about having OCD, know that you’re not alone.

If you want to understand whether you’re dealing with OCD or something different, the first thing to understand is what OCD actually is. Unlike popular portrayals in the media, OCD is about more than being organized or obsessed with cleanliness, and there are many different forms of OCD called subtypes that present a wide range of symptoms.

So let’s start with what we know. OCD is a cycle of obsessions and compulsions, often brought on by triggers that lead to intrusive thoughts or intrusive thoughts themselves. Obsessions can be about a number of things, such as a fear of germs or a fear of causing harm to oneself or someone else. You can have have OCD about past events, relationships, magical thinking, religious OCD and sexual orientation OCD. These obsessions often become so uncomfortable for those with OCD that they engage in compulsions to try to end the discomfort associated with their obsessions.

For example, someone with OCD might fear that the germs on the surfaces around them will contaminate their food, and any time they touch a surface they immediately wash their hands to calm their fears. As soon as they touch another surface, the process repeats. It happens in cycles, and it can feel endless. But there’s good news: With the right care, you can work to end compulsive cycles.

One hallmark of obsessive-compulsive disorder is that it demands certainty — it convinces those experiencing obsessive thoughts that something bad will happen if they’re not certain and if they don’t complete their  rituals or compulsions. This need for certainty is why many people with OCD experience doubt.

How do I know if I have OCD?

Just like any other experience of the human condition, the symptoms of OCD can vary from person to person. Intrusive thoughts in and of themselves are not enough to diagnose someone with OCD — most people experience intrusive thoughts. The difference when it comes to OCD is that the intrusive thought returns frequently, causes significant levels of distress, and is often accompanied by behaviors or mental acts to try to ease the anxiety caused by the thought.

These actions can be as noticeable as repeated hand-washing, as mentioned above, or as less obvious as excessively asking for reassurance or constantly researching online about a medical condition. Problems really arise with OCD when it starts to impact a person’s day-to-day life. For example, if you’re constantly having to seek reassurance that you do have OCD, that itself can be a sign that you are dealing with OCD.

What if my OCD symptoms change?

Oftentimes, as someone with OCD goes through therapy, they’ll find their symptoms change. Of course, treatment is designed to resolve and improve your symptoms. But sometimes when symptoms improve, some people think that maybe they didn’t have OCD to begin with, that maybe it was just a fluke or a phase. Just because symptoms have improved or changed doesn’t mean you’re not still dealing with OCD — it likely just means you’re learning to work with your symptoms.

As we’ve mentioned a few times now, when you become obsessed with the idea that you might not have OCD, it can be just another manifestation of your OCD. When this occurs, think of this as a shift in symptoms. It’s perfectly normal when going through therapy to experience different or fewer symptoms of OCD. In fact, reducing symptoms is a goal of treatment, even if it feels uncertain or unfamiliar.

How do I treat my OCD?

If you suspect you are experiencing OCD, the best thing to do is to seek a therapist with specific experience in a type of cognitive behavioral therapy (CBT) called exposure response prevention (ERP) therapy. ERP works by exposing people with OCD to various situations in order to trigger their obsessions, allowing them to work on preventing compulsive responses in a controlled and safe environment. It’s proven to be the most effective form of treatment for OCD.

You can find an ERP-certified therapist by searching for providers who are members of the International OCD Foundation (IOCDF) or the Association for Behavioral and Cognitive Therapies (ABCT). Both sites allow for filtered searches, so you can find therapists in your area who specialize in or have experience with ERP. You can also find OCD treatment virtually through NOCD, one of the most affordable and accessible options for ERP therapy available.

NOCD has a network of available specialists that can be easily accessed in all 50 states. When you sign up for NOCD Therapy, the clinical team guarantees it will find a licensed ERP therapist in your state.

Be patient and talk with your therapist

When you have a therapist to work with you on your OCD symptoms, you’ll be able to clearly discuss symptom improvements and concerns about whether or not you’re dealing with OCD. Your therapist will be able to help you navigate these concerns in a way that helps you understand your symptoms and move forward in your therapy. Like anything, treating OCD can take some time, and finding the right therapist and methods that work for you can be overwhelming. But you’re not alone — reach out to the NOCD team any time to get started finding the right care provider for you.

Here’s What to Do When OCD Strikes Unexpectedly

How is NOCD Different from Standard ERP Therapy?

Here’s What to Do When OCD Strikes Unexpectedly

How is NOCD Different from Standard ERP Therapy?