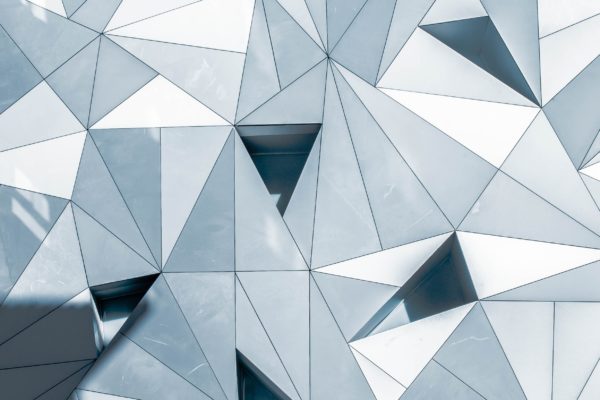 You have a friend who’s been acting differently in the past few weeks—they can’t get out of bed and ask you to help with basic tasks, but they’re constantly sending you long text messages about all the things they want to do in their life. Traveling all over, writing a book, getting married. And then, just a few weeks later, they’re hardly sleeping. Suddenly they’re working out two hours a day, making new friends, signing up for recreational league sports. But when you tell them they seem to be doing well, they say they feel empty. What’s the point of all this if I can’t enjoy anything? they ask.

It’s clear this person is cycling between good and bad moods. So you look up bipolar disorder and find this:

• Bipolar disorder I: at least one manic episode that may be preceded or followed by hypomanic or major depressive episodes

Mania is supposed to feel great, and depression very bad. This is how we’re led to think about mental health: a series of either-ors, with contentment in between. It’s strange—kind of like saying someone’s blood sugar is either dangerously low or dangerously high, without even thinking about all the variation in between, or even the points right before normalcy switches to extremity.

Largely undiscussed, mixed mood disorders were actually theorized in the early twentieth century by psychiatrists like Emil Kraepelin, who spent a lot of time in asylums recording the nuances of patients’ moods and behaviors. Kraepelin noticed that the standard way of regarding people as either manic or depressive wasn’t cutting it. There were so many combinations of symptoms, he could hardly keep up.

Although Kraepelin and a few contemporaries were talking about mixed mood disorders a hundred years ago and the concept finally made its way into the American Psychiatry Association’s DSM-5 (the big book of psychiatric diagnoses) in a more useful way, the idea that moods can be mixed still hasn’t entered many conversations about depression or bipolar disorder.

People with a mixed mood disorder, or a mood disorder with mixed features as the DSM-5 would call it, experience episodes of simultaneous manic and depressive symptoms. They might have a very low mood but feel unable to stop moving around; they might feel hypomanic but have a slower thought process and no motivation to get anything done. Struggles with mood, as Kraepelin noted, come in infinite varieties.

There’s no doubt that depression is uncomfortable (at times horrendous), or that manic states can be destructive and terrifying. But we ought to do a better job realizing that the in-between isn’t always contentment. People with mixed mood disorders can attest to the agitation, irritability, suicidal thinking, and so on, caused by the pull between feeling really up and really down.

Research also tells us about the danger of mixed states. Depending which study you look at, 25-60% of people with bipolar disorder will attempt suicide at least once in their lifetime. And some research suggests that people experiencing mixed depression (a primarily depressive state with some symptoms of mania) are at the highest risk. As one 2006 study in the Journal of Affective Disorders concludes:

Another study in 2015 showed similar results. Researchers disagree about the exact nature of this increase in suicidality, but our takeaway needn’t change. Education about mixed mood disorders could help a lot of people feel less alone—but it needs to spread among clinicians too. It takes an experienced therapist or psychiatrist to spot mixed states, and treatment can be counterintuitive. Prescribing also grows complicated: antidepressants, for example, are thought to contribute to the development of mixed states.

As far as education and support go, a number of organizations have helpful resources. Just for starters, check out the Depression and Bipolar Support Awareness, Families for Depression Awareness, and local support groups found on Psychology Today.

If you feel you’re at risk of hurting yourself or someone else, call 911 or go to your local emergency room immediately. Don’t wait.

If you or someone you know is struggling with OCD, schedule a free call today with the NOCD clinical team to learn more about how a licensed therapist can help. ERP is most effective when the therapist conducting the treatment has experience with OCD and training in ERP. At NOCD, all therapists specialize in OCD and receive ERP-specific training.